2 Robbery Suspects Gunned Down At Ashaiman 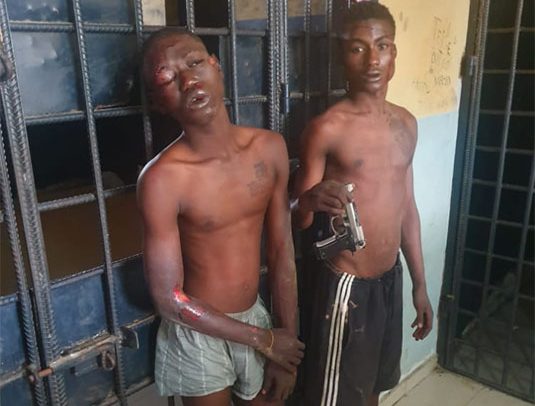 Two suspected members of the daylight armed robbery gang who have been terrorising residents of Accra in recent times have been killed by police in around Zenu in the Kpone-Katamansu Municipality of the Greater Accra Region.

The suspects, Mujahid Abubakar and Joseph Dagodzo were reportedly shot in the process of their arrest and they died whiles on admission at the Police Hospital in Accra.

Information available to DGN Online indicates that on September 25, 2021 at about 2:50am, the Sege Police Night Patrol Team brought to the Sege police station the suspects and reported that whilst they were on patrols, information was received that, the said suspects were on a Royal motorbike with registration number M-20-GE 7215 whilst his other friends were also using another Royal motorbike registered M-20-GT 4299 from Koluedor direction heading towards Accra.

The suspects on their respective motorbikes got to Sege town when the patrol team signalled them to stop, but they refused and they negotiated into the Sege township.

They were given a hot chase by the patrol team till they joined the main Accra-Aflao highway back heading towards Accra direction.

Upon reaching a section of the road at Dawa near God’s Love Herbal Center, two of the suspects on the motorbike with registration number M-20-GT 4299 fell from their motorbike and took to their heels into a nearby bush abandoning the said motorbike.

Immediately, the Dawa Police snap check personnel were informed to be on the lookout and arrest the suspects.

The other gang members who took the lead took a different turn upon realizing that, the snap check men were stopping them at Dawa.

However, the patrol team pursued them towards Agortor direction and they also fell from their motorbike hence suspect Joseph Dagodzo was arrested whiles suspect Mujahid Abukari ran into the nearby bush.

The patrol team assisted by some community members combed the bush and in the process, the said suspect Mujahid Abukari pulled out his Blow F92 pistol to hit the head of one David Adella, one of the community members in Dawa who was helping in the arrest.

But the suspect was overpowered and arrested together with his black Blow F92 pistol as the pistol and the two Royal motorbikes retained at the station as exhibits. 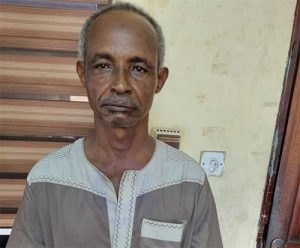 However, a statement issued by the Ghana Police Service on Monday September 27, 2021 and signed by ACP Kwesi Ofori indicates that the suspects during interrogation mentioned a 65-year old, Bukari Salifu as the person who supplies them with guns and ammunitions for their robbery expeditions.

“Under the pretext of aiding the police to retrieve some weapons and assist in arresting their accomplices who had escaped from the the scene, the two suspects led police Crime Combat team to the purported hideout of their accomplices in a bush near Zenu. There the police came under fire as the suspects attempted to escape. This was a highly trained crime combat team and the officers returned fire.

“The suspect armed robbers were shot in the process and they were rushed to the Police Hospital in Accra where they died,” according to the statement.

Their corpses have been deposited at the morgue of the police hospital in Accra.

Meanwhile, police intelligence led to the arrest of Bukari Salifu, the financier of supplier of weapons to the suspects whiles the police are pursuing their accomplices who managed to escape.