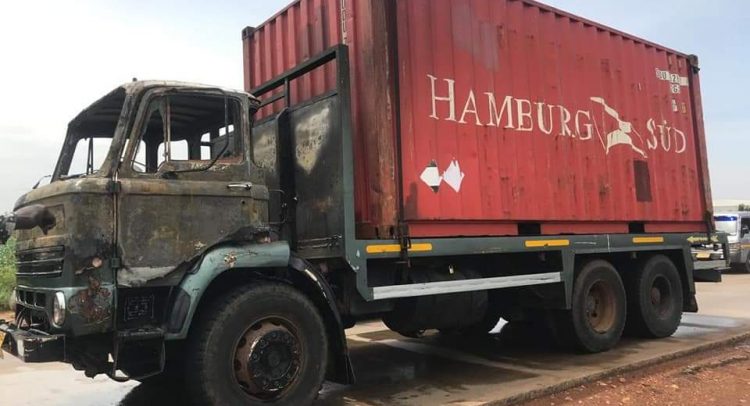 Information available to DGN Online indicates that four persons including a-week-old baby are battling for their lives at a health facility after fire burnt portions of police barracks in Korle-Bu, a suburb of Accra.

An eyewitness told Accra based Asaase Radio that the four were fast asleep at about 11pm when fire sparked in one of the buildings serving as barracks for personnel of the Ghana Police Service.

They were rescued by fire officers who arrived at the scene with fire engines to bring the situation under control.

According to the eyewitness, residents tried to help put out the fire but it was almost out of hand before the arrival of firefighters from the Ghana National Fire Service.

The fire was said to have intensified and started spreading to adjoining properties but frefighters managed to bring it under control.

They beleive that but for the timely intervention of fire fighters, the situation would had been serious and more damaged would have been caused.

In another development, a truck in transit with registration number GR 6910 J, transporting hazardous chemicals from Tema caught fire around 2pm Tuesday, April 26, 2022 at Community 18 Abattoir on the Accra-Tema Motorway.

Two fire engines from Kasapreko and Motorway Fire Stations were dispatched to the scene but the second appliance from Motorway returned to base realising upon arrival the fire had been tackled by the first fire tender. 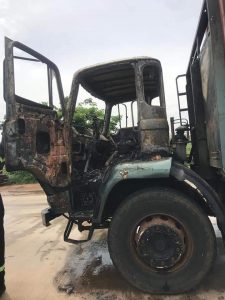 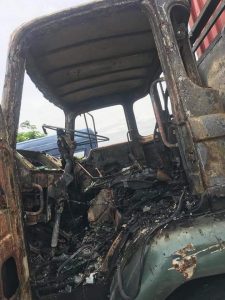 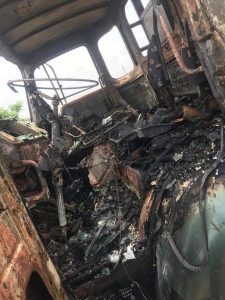 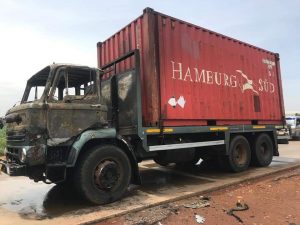 The timeous intervention of the Service prevented the fire from affecting the container housing the hazardous materials. Fortunately, no casualty was recorded. Investigation continues to unravel the cause of the vehicular fire.

The situation caused a heavy traffic on the motorway.