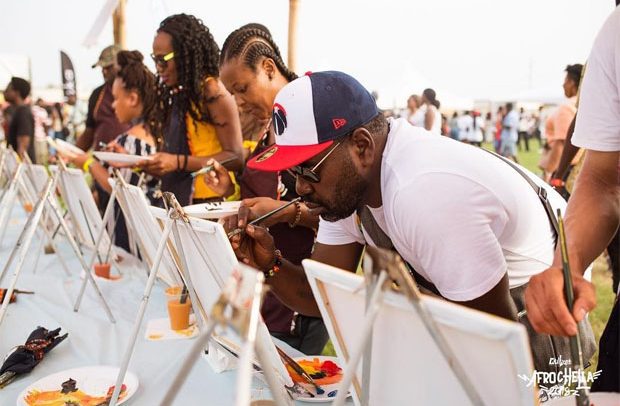 Some patrons of Afrochella 2018

The stage is set for this year’s edition of Africa’s biggest arts and music festival in Ghana ? Afrochella.

Thousands of music and arts fans are expected to take part in the festival, which is slated for December 28 at El-Wak Sports Stadium in Accra from 12:00pm to 8:00pm.

Afrochella is an annual festival that welcomes multi-generations around the world to celebrate African culture through art, fashion, food and music.

Organised by Culture Management Group, this year’s event would be the third of its kind in Ghana.

Over the years, the festival has had an impressive turnout with large numbers of patrons coming from various parts of the world, including USA, UK, Germany, Italy, among others. This year’s event is even expected to be bigger. Tickets are currently selling at Afrochella.com, Pinkberry, Starbites, Airport Shell, BB&Z Live Studio and a host of other places.

Organisers are, however, yet to announce artistes lined up for this year’s event.

Apart from the musical performances, there were acrobatic displays, fashion and art exhibitions.

Afrochella is supported by BBnZ Live, Daily Guide Network (DGN), among others.