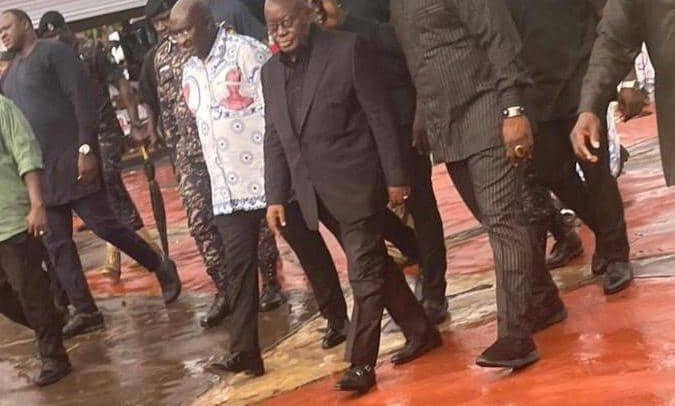 It was tears and joy when the President, Nana Addo Dankwa Akufo-Addo and his Vice President, Dr Mahamudu Bawumia on Saturday defied a heavy downpour to join the outgoing Eastern Regional Chairman of the ruling New Patriotic Party (NPP), Kingston Akomeng Kissi to bury his late mother, Obaapanin Abena Nyarko at Akyem-Wenchi in the Demkyembour District.

The President and his Vice were welcomed at the funeral grounds on a red carpet while it was raining as they walked to greet the mourners led by the Regional NPP Chairman.

The mourners were chanting the slogans of the Elephant and others also rushed through the rain to catch a glimpse as the First Gentlemen alighted from their vehicles and walking towards their seats.

The President and his Vice were accompanied by some government officials who met other Regional Executives and party members at the funeral which was disturbed by the rain, as the security personnel at the grounds were all soaked.

Earlier on Friday, the mortal remains of the late Mother of the Regional Chairman were flown in a chartered Airforce chopper from Accra to Akyem-Wenchi.

Scores of the residents, whom for the first time seeing a chopper rushed to a community field to catch a glimpse and took pictures of it after it landed to deliver the body.

The incumbent Eastern regional chairman, Kingston Akomeng Kissi, has decided to contest for the position of NPP national vice-chairman in the party’s upcoming national executive elections.

The NPP National Vice-chairman Aspirant won re-election as the Eastern Regional chairman on 23rd April 2018, standing unopposed in the poll.

He is a well-known farmer and served as a two-term MP for Akwatia, in the Eastern Region of Ghana, between January 2001 and January 2009.

He also the chairman of the board for the Precious Minerals Marketing Company (PMMC). 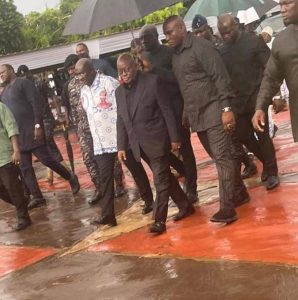 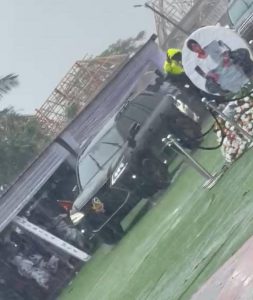 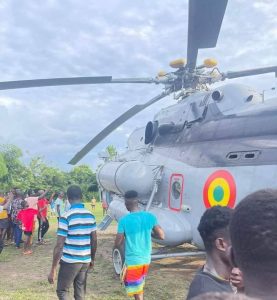 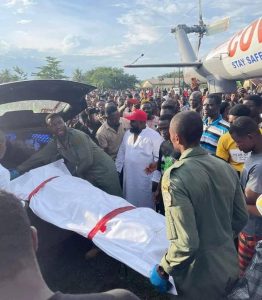