Bayern Held By Leverkusen As Mueller Scores Own Goal 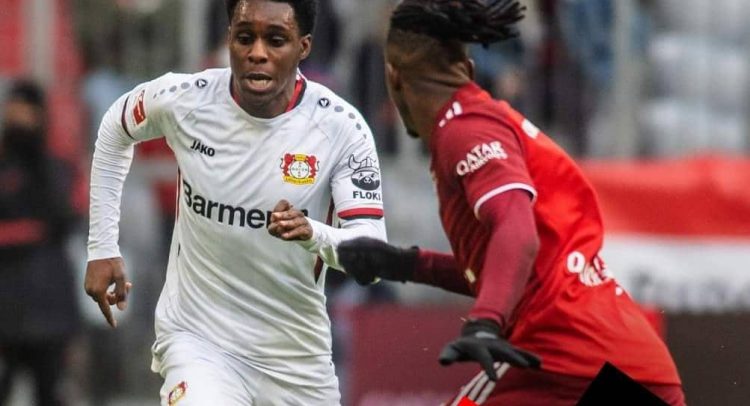 Thomas Mueller scored a bizarre own goal as Bundesliga leaders Bayern Munich were held to a 1-1 draw by Bayer Leverkusen on Saturday, while Angelino salvaged RB Leipzig a crucial point against top-four rivals Freiburg.

Julian Nagelsmann’s Bayern missed a chance to move 11 points clear at the top of the table, with second-placed Borussia Dortmund’s match at Mainz postponed due to a Covid-19 outbreak in the hosts’ squad.

But the Bavarian giants are still in pole position for a 10th straight league title.

Third-placed Leverkusen remain four points clear of fifth-placed Freiburg in the race for a top-four finish and Champions League qualification.

“The point is fine for both teams,” said Bayern coach Nagelsmann. “Thomas Mueller isn’t happy, but he’s not super depressed either. That happens to the best, it won’t knock him back in the long term.”

It appeared as though it would be business as usual for Bayern when centre-back Niklas Suele gave them an 18th-minute lead with his first Bundesliga goal of the season.

Leverkusen were gifted an equaliser nine minutes before half-time, though, in strange circumstances.

Kerem Demirbay’s free-kick from the right wing was sailing straight to Bayern goalkeeper Sven Ulreich but Mueller, under no pressure, stretched full length to volley the ball into his own net.

The visitors twice almost grabbed a shock lead before the interval, as Amine Adli struck the post before Ulreich made an excellent save to deny Charles Aranguiz a goal.

Bayern dominated in the second half but struggled to create many clear-cut chances, with Robert Lewandowski passing up the best opportunity for a winner when he headed wide 10 minutes from time.

“In the second half, Leverkusen had three good counter-attacks. We lacked a bit of punch,” added Nagelsmann.

Bayern will now turn their attentions to Tuesday and the Champions League last-16 second leg against Red Bull Salzburg, with the tie level at 1-1.

Elsewhere on Saturday, RB Leipzig clung on to fourth place thanks to Angelino’s 90th-minute goal in a 1-1 draw against Freiburg at the Red Bull Arena.

The visitors led for the majority of the match after Ermedin Demirovic’s first-half goal.

However, Hoffenheim can move above both sides and into the final Champions League slot if they can beat Cologne on Sunday in another meeting of top-four hopefuls.

“It shouldn’t have been 1-0, it was extremely annoying,” said Leipzig coach Domenico Tedesco. “We didn’t have many chances to score either, but we’re okay with the result.”

Stuttgart dragged themselves to within a point of Hertha by coming back from two goals down to beat fellow strugglers Borussia Moenchengladbach 3-2.

Sasa Kalajdzic scored the winner with seven minutes remaining to give second-bottom Stuttgart their first victory in almost three months.