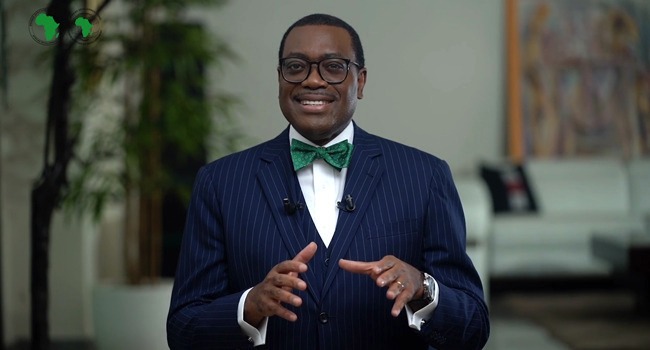 President of the African Development Bank, (AfDB) Dr. Akinwumi Adesina, says the impact of climate change in Africa is having a dire effect on African economies.

According to him, although the African continent is the least contributor to climate change in the world, accounting for only 4 per cent of all global greenhouse gas emissions, it suffers disproportionately from the negative impacts of climate change, including increased frequency and intensity of droughts, cyclones, floods, compounded by desertification.

“Africa suffers $7-15 billion per year in losses to climate change, which are projected to rise to $40 billion per year by 2030,” he said. “Africa has no choice but to adapt to climate change.”
Dr. Adesina was speaking at the opening of the Annual Meeting of the African Development Bank in Accra, themed, “Achieving Climate Resilience and a Just Energy Transition for Africa”.

He said in order to support the continent in responding to climate change, the AfDB has doubled its financing for climate change to $25 billion by 2025.

“Without any doubt, the African Development Bank is the leader on climate adaptation in Africa, and globally. The share of our climate finance dedicated to adaptation is 67%, the highest among all multilateral development Banks,” he said.

Dr. Adesina said the Bank and the Global Center on Adaptation are implementing the Africa Adaptation Acceleration Program (AAA-P), with the goal of mobilising $25 billion in climate adaptation financing for Africa.

The Bank, he further indicated, is supporting countries to insure themselves against extreme weather events, through its Africa Disaster Risk Insurance Facility.

“Today, the facility is helping nine countries to pay for insurance premiums to protect themselves from effects of climate change,” he added.

Dr. Adesina said the Bank is also spearheading the ‘Just Energy Transition for Africa’’ indicating that since 2009 the Bank has not funded any new coal projects. Not funding coal has now been formalised as a policy with our new Energy Policy approved by our Board of Directors.

“Africa has perhaps the world’s largest potentials for renewable energy sources, especially solar, hydro, geothermal and wind. The African Development Bank is implementing the $20 billion Desert to Power initiative in the Sahel, to build 10,000 megawatts of solar power generation.

This will provide electricity via solar for 250 million people and turn the Sahel into the largest solar zone in the world,” he added.

The AfDB Boss further noted that the Bank plans to establish the African Just Energy Transition Facility, which will be used to support African countries to transition from heavy fuel oil and coal power plants to renewable energy base load power systems.

“As we look at energy transition, we must ensure three imperatives. First, we must ensure access and affordability of electricity. Second, there must be security of supply. Third, gas must remain a critical part of the energy mix for Africa. Even if Sub-Saharan Africa triples its use of gas for energy, it will only contribute less than 0.67% to global carbon emissions,” Dr. Adesina said.

He indicated that progress will depend on developed economies fulfilling their commitment to provide at least $100 billion climate finance annually to developing countries.

“We must ensure that promises made at COP 26 in Glasgow must now be delivered at the COP 27 in Sharm El Cheikh, Egypt, at the Africa COP,” he added.