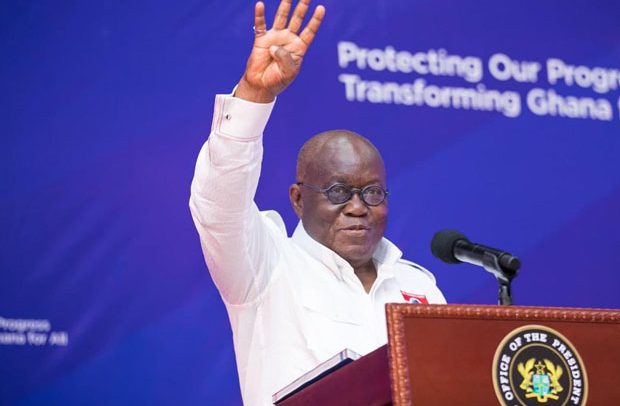 President Akufo Addo has asked Ghanaians to be patient with his government since all efforts are being made to revive the economy to the high rate of growth to develop the country despite the current challenges facing the country.

According to him, “The Akufo-Addo government has not thrown up his hands in despair. We are determined to bring relief to the Ghanaian people, and return the economy to the high rate of growth that characterized development in the three years preceding the COVID-19 outbreak and which made our economy one of the fastest growing in the world at the time.”

President Akufo-Addo made this statement on Saturday, August 13, 2022, when speaking at th closing ceremony of the 22nd General Assembly of the Presbyterian Church of Ghana at Abetifi in the Kwahu East District of the Eastern region.

The President explained that he is determined to revive and return the economy to the path of growth recorded before the Covid-19 pandemic, adding that the support programme with IMF and other measures are being taken to deal with the unacceptable depreciation of the currency and bring down inflation.

“The approach to the IMF is a major step in the short run towards that goal. Other steps will be taken in particular to deal with the unacceptable depreciation of the currency -the Cedi. Raining in inflation by bringing down food prices is a major preoccupation of the government and hopefully, this season’s emerging successful harvest will assist us in this regard,” President Akufo-Addo indicated.

He continued “arrangements are being made with market women to provide trucks to evacuate food stuff from rural markets to urban centres to help reduce food prices in the cities. We are encouraging companies to engage in the manufacturing of inorganic fertilizers to scale up production to reduce the impact of high cost and unavailability of fertilizers whilst we advance rapidly our plan to establish an organic fertilizer plant in Ghana”.

According to him, the behavior of the political class seems to be lecturing and growing cynicism about the viability of democracy in the country, and the extreme political partisanship sometimes laced with toxic ethnicity and cronyism is driving many descent and competent persons out of national life given the field for persons whose intentions are unpatriotic.

Rt. Rev. Obiri Yeboah Mante noted that it is not all the perceptions about corruption in high places may be real, however “it may be unwise for some of our political leaders to be careless in their appearances as appearances feed into perceptions and fuel rumors”.

The Moderator warns that “if we make our democracy appears like a deliberate arrangement whereby rival groups of the elites of the country cease the apparatus of the state in fixed cycles of eight years to share the common resources among themselves and cronies, the ordinary citizens will feel bad”