Former IGP Chickens Out From Case Against Net2 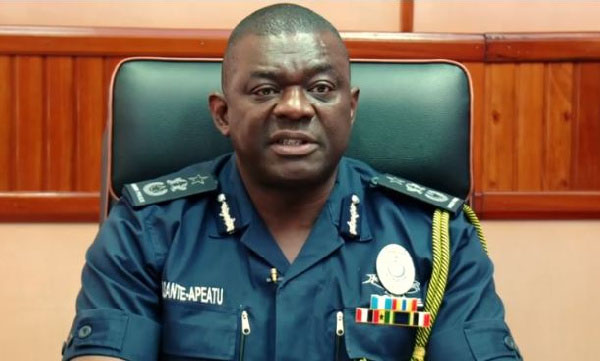 Former Inspector General of Police, David Asante-Appeatu has entered a notice of discontinuance in a defamatory case he filed against Net2 host, Justice Kwaku Annan.

Justice Kwaku Annan was sued by Mr. Asante-Apeatu for defamation over comments he allegedly made against him on Net 2 television’s ‘The Seat’ talk show programme.

In a writ of summons dated July 2, the former police Chief said the defendant, on June 16, 2021 during the course of his programme, which is broadcast in Twi and English, made a defamatory statement about him.

According to Mr Asante-Apeatu, the words used by Mr Kweku Annan “meant and were understood to mean that;

(i) The plaintiff was and is a fence for notorious criminals both in Ghana and Nigeria.

(iii) The plaintiff is a criminal who has been working in cahoots with hardened international criminals to unleash terror on Ghanaians.

(iv) The plaintiff is/was on the payroll of top criminals in Ghana and as such slept on his duty as IGP and he refused/neglected to cause the arrest and prosecution of the criminals.”

Mr Asante-Apeatu was reported to have told the court that, “he has been inundated with numerous calls from professional associates, journalists, social relations and friends and outright strangers and he has to answer very mortifying questions.”

A copy of notice of discontinuance sighted by DGN Online states that “The Plaintiff hereby discontinues his claims against the defendant in the above-mentioned action with liberty.”