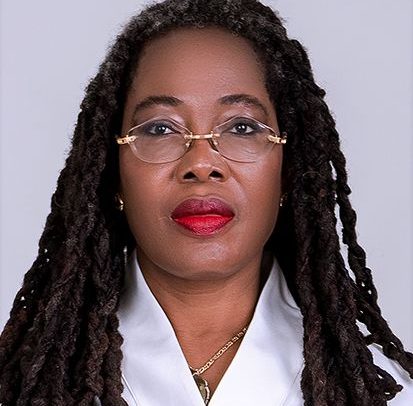 The Second Edition of the International Coconut Festival under the Ghana Export Promotion Authority (GEPA) has been officially outdoored over the weekend in the Western Region.
Chief Executive Officer of GEPA, Dr. Afua Asabea Asare speaking at the forum on the theme for the festival “Repositioning Ghana’s Coconut Sector for Accelerated Industrialization” said GEPA is passionate about the coconut sector and very convinced about its capacity to generate substantial export revenue hence the support to the sector.

According to her, the coconut industry is a multi-billion industry, and countries that have invested heavily in the value chain such as the Philippines, Indonesia, Thailand, and other Southeast Asian countries have reaped the benefits. Ghana, our dear country has all it takes to become a leading global supplier of coconut and its derivatives to generate significant export revenue for the country’’.

She explained that ‘’GEPA has made modest but quite significant investments in the sector since 2017 by procuring and distributing disease-tolerant coconut seedlings to coconut farmers across the major coconut farming Regions in the country’’.

‘’So far, we have distributed close to seven hundred thousand seedlings covering some eleven thousand two hundred acres. We are not relenting on our efforts until we get to the point where the industry is mature and can be on its own’’ she adds.

She continued that ‘’we have since last year entered the implementation phase of the National Export Development Strategy (NEDS). The goal of the NEDS is to generate at least $25.3 billion by the year 2029.

‘’Although not an easy feat to achieve, GEPA is poised to do all it takes for this goal to be achieved. It is for this reason that we have been deepening our collaboration with all export sector stakeholders, both public and private’’

She said data from our 2021 performance report on the Non-Traditional Export sector which GEPA launched a few weeks ago indicated an impressive 17% growth of $3.330 billion over the 2020 revenue of $2.846 billion with a contribution of 84.35% from the semi-processed and processed sector. Fresh coconut export amounted to $1.44 million while its derivatives accounted for close to $7 million’’.

‘’We believe therefore that the International Coconut Festival is one of the various channels that we can use to expose the potential of the coconut sector to local and foreign direct investment’’.

She, however, encouraged local and foreign investors and SMEs looking to upscale their activities to be on the lookout for an extended range of innovative coconut products in cosmetics, food, and beverages, medication, grooming products as well as art & crafts.

Alan Supporters Angry Over GHC50 'Appearance Fee' ...Threaten To Vote Against Him