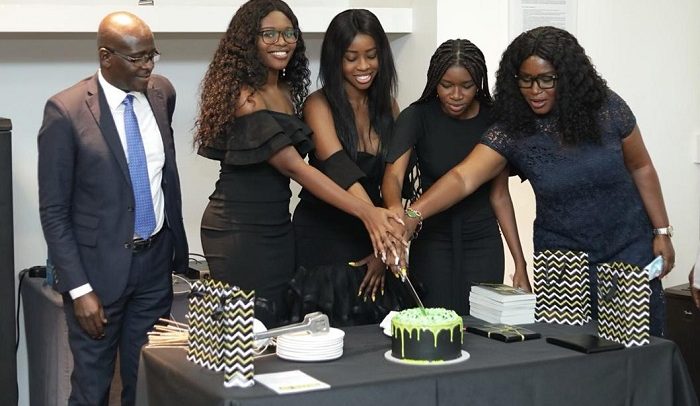 The Author flanked by some invited guests

Adwoa A. Amoako, a young Ghanaian lawyer who doubles as an author has become the first Ghanaian female to publish a mystery thriller-romance novel.

Born into a family of five, the young author who is an ardent reader decided to pique the interest of many non-readers and readers locally and internationally.

Ms. Amoako launched her first fictional novel titled: ‘Mixed Up’ at the Accra City Hotel on the 18th of September.

The book walks you through the life of a woman who faces so much pain, horror and battles with her love life. It touches on her life as a teenager and engages the reader to reminisce, relate and empathise. The book includes plot twists, suspense and thrilling life experiences that would leave the readers yearning for more.

According to Ms Amoako, the book serves as an eye-opener for the youth to appreciate modern Ghana and encourage the unearthing of young talents.

She revealed that works were on going to release two other novels and hopes to have a collection in no time. She used the opportunity to call for support from Ghanaians far and beyond in promoting her book and encouraged Ghanaians to support the dreams and businesses of others.

The launch was chaired by Nana Kwasi Gyan – Appenteng currently the President of Ghana Association of Writers who is also the past chairman of the National Media Commission, the first Deputy Speaker of Parliament and MP for Bekwai – Hon. Joe Osei Owusu, Deputy Special Prosecutor – Mrs Cynthia Lamptey, Deputy Minister for Local Government and Rural Development.