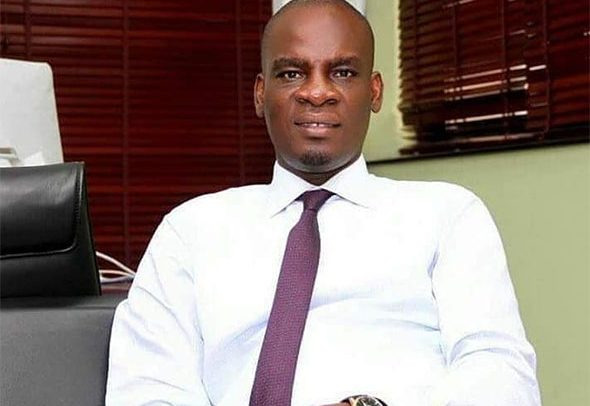 Fixing the Country Movement has descended heavily on Minority Leader, Haruna Iddrissu for allegedly threatening the state security that the National Democratic Congress (NDC) will stand up to the state security if they failed to exhibit neutrality in the 2024 elections.

The Minority Leader, speaking on GHOne TV last week asserted that “Get my warning, the state security agencies if they fail to demonstrate neutrality, the NDC will stand up to them in 2024. We will stand up to them because we have a right to defense. Because if they cannot be neutral, act responsibly and decide that they are going to side with the ruling elite and ruling government, we will bear the consequences with them.”

This warning by the Minority Leader to the security agencies has attracted wide condemnation.

The latest to join the condemnation is the pressure group, Fixing the Country Movement who in a press statement signed by it convener,. Ernest Kofi Owusu Bempah, described the statement as unfortunate as it seeks to endorse electoral violence.

“As unfortunate as this sounds, one would have thought that the minority leader would be interested in talking down electoral violence but no, he chose to double down on violence.

“This is politics at its worst. We are appalled, angry and sad that the minority leader in parliament is gleefully endorsing and preaching electoral violence” the statement added.

Below is the full press statement from the Fixing the Country Movement:

The fixing the country movement joins the totality of right thinking Ghanaians to condemn the minority leader, Hon Haruna Iddrisu over his flowery rhetoric and attrition against our security institutions.

In a widely circulated video, Haruna Iddrisu issued several threats to state security, and warned that the NDC is going to come at them if they attempt to deliver on their legitimate mandate in policing the 2024 elections.

“We will never give up,” he said. “We will never concede. It will never happen. The NDC is going to win 2024, and we will fight the security agencies if they dare stopping us. Our country has had enough. We will not take it anymore.”

He continued; we will show strength, and… We fight the security agencies like hell if they try to stop us.

As unfortunate as this sounds, one would have thought that the minority leader would be interested in talking down electoral violence but no, he chose to double down on violence.

Of course, we do not expect a witless and gutless law maker to be a paragon of political integrity and critical thinking, but aside everything, what happened to his political consciousness?

The trouble with this ideological weirdness, hatred and paranoia that Haruna Iddrisu is preaching is that, it will eventually consume more of his likes. These people are simply a pawn in their own game. They value faith over rationality, rejection over openness, and fanaticism over moderation.

Instead of Haruna Iddrisu engaging his audience with maturity, he chose the path of war mongering, and politics of attrition. Perhaps, more worrying from the point of view of protecting democracy are NDC efforts to mess with how votes are counted and certified, and who is responsible for elections. The bottom-feeder Haruna Iddrisu sees achieving these through electoral violence.

This is politics at its worst. We are appalled, angry and sad that the minority leader in parliament is gleefully endorsing and preaching electoral violence.

As a matter of fact, we are aware that Haruna Iddrisu has lost face with the movers and shakers in the NDC, and as such he want to save face and restore himself, but we want to caution him to be watchful of his steps.

When you’ve got poop all over your feet, you don’t walk on a white rag.

Fixing the country movement will not fold our arms unconcerned while the likes of Haruna Iddrisu engages in political folly by threatening the state.

We’re by this press release cautioning Haruna Iddrisu and his likes to halt their populist rhetoric or they will face the wrath of fixing the country movement in a way they can never understand.

What Got Sokoto Female Student Burnt To Death For Blasphemy

You are Wrong in Your Dumsor Prediction- PPTC Jabs John Jinapor