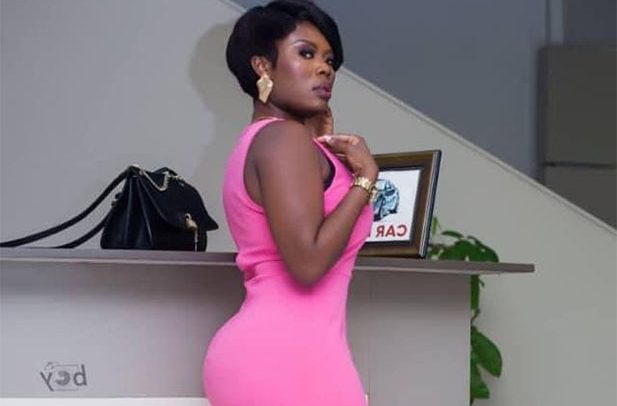 Media personality, Deloris Frimpong Manso aka Delay has reiterated her relationship status to whoever cares to know months after she kept telling the world she is single.

On Tuesday, she tweed saying she is not in a relationship.

According to her, she is not only a single woman but also a happy and independent one for that matter.

“Single, Independent, happy,” she wrote in addition to a photo of her curvy shape.

This presupposes that she perhaps doesn’t need a man to survive this life with.

Delay has in the past weeks been in the news over allegations that she is having clandestine love affairs with rapper, Amerado.

This was after the rapper’s public claims of having a crush on her.

Ever since his confession, the two have been spotted in numerous videos in each other’s company.

But Delay claims she has nothing amorous with the rapper.

She considers him her bestie denying they have an intimate relationship going on.