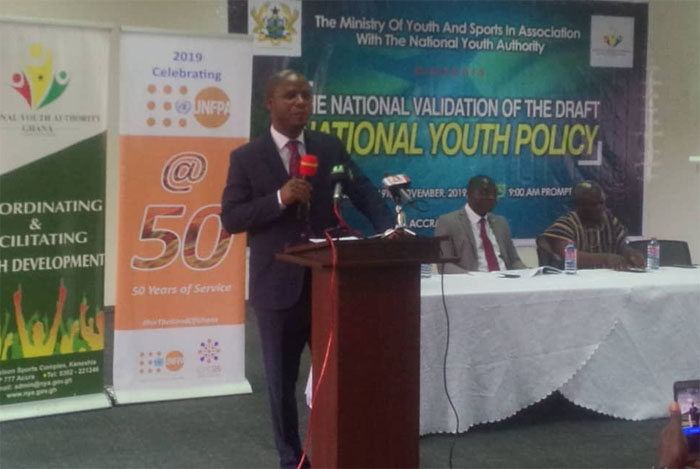 The National Youth Authority (NYA) has challenged the African youth, particularly the young people in Ghana, to play a leading role towards the realisation of the vision of Africa and ‘Ghana Beyond Aid’.

This, he said, can be done by developing their creative potentials and actively involving themselves in various productive enterprises in order to be able to make meaningful contribution to the development of the continent.

In a statement issued by the Authority and signed by its CEO, Sylvester Tetteh, to commemorate the 2019 Africa Youth Day, the NYA observed that “since the youth constitute the greatest productive workforce of all African countries, there cannot be an ‘Africa Beyond Aid’ and for that matter a ‘Ghana Beyond Aid’ without the active involvement of the youth in all facets of life.”

The Africa Youth Day, according to the NYA, is a day set aside by the Africa Union Commission ostensibly to promote an increased awareness and recognition of young people as key agents of positive social change and economic growth in all aspects of the African society.

The day, which is used to reflect on how the energy and creativity of the youth could be harnessed productively, was proclaimed and adopted as part of the Africa Youth Charter by an Executive Council Division at the 2006 Banjul Summit in 2006 and comes under the umbrella of the Youth Division of the Africa Union (AU).