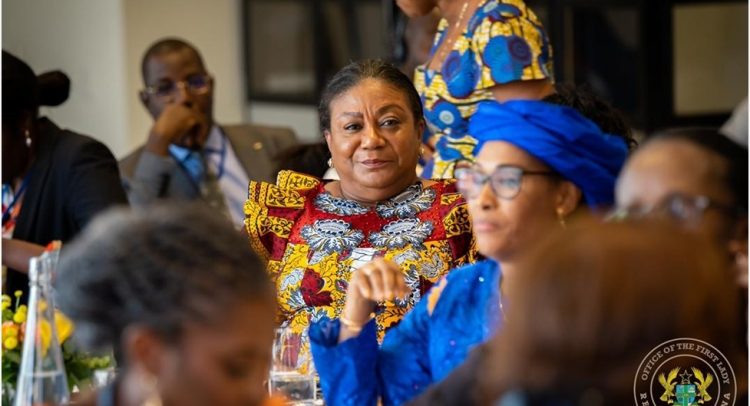 Mrs. Akufo-Addo at the OAFLAD meeting

The Organisation of African First Ladies for Development (OAFLAD) has held a meeting in New York, to strategise towards empowering more women on the continent.

The meeting, held on the side lines of the ongoing United Nations (UN) General Assembly was also to discuss the strategic focus of the organisation for the next two years.

OAFLAD has been working in its 20-year existence to firstly eliminate HIV/AIDS in Africa.

In the last four years OAFLAD has worked towards broadening its ambit to include other developmental issues that focus on the wellbeing of women and vulnerable populations in Africa.

Consensus reached by the First Ladies, were to prioritise and streamline the strategic focus of the organisation for better outcomes and greater measurable impact.

They also agreed on the need to increase visibility of the organisation by deploying both traditional and social media in a more purposeful manner.

The First Ladies also discussed how to attract strategic partnerships and build relationships that would facilitate access to technical support and critical assistance for their work, to enable them address the challenges that women in Africa face.

She charged members to consider using advocacy as a fund-raising mechanism to support causes that challenge existing problems and draw the attention of strategic partners and funders.

She also called for greater efforts in mainstreaming the needs of persons who live with disabilities in the strategic focus of OAFLAD.

The current President of OAFLAD, Her Excellency Mrs. Monica Geingos, tasked her sister First Ladies to use their offices in strategic ways that empower women and engender development in Africa.

As part of the 20th year anniversary celebrations of OAFLAD, a fundraising event would be held in the Democratic Republic of Congo.

The First Ladies all pledged to continue advocacy, by speaking with a united voice for issues of concern to African women.