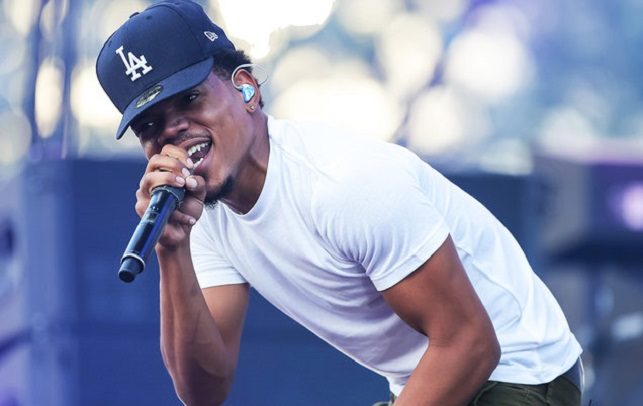 American rapper, songwriter and producer, Chancelor Johnathan Bennett, known on the music scene as Chance The Rapper, has revealed that he is working on a new song with rapper Sarkodie.

Chance The Rapper in a video via his Instagram story, revealed that “something is coming”, urging his fans to be on the lookout.

Shortly after the video went viral, Chance The Rapper was spotted in a studio with rap king Sarkodie and his buddy, Vic Mensa, working on a new potential hot song about to make waves very soon for their fanbases and all music lovers to enjoy.

Chance The Rapper, who had met Manifest earlier, arrived in Ghana on January 5 as he previously promised in 2019.

In a video that has gone viral, he was spotted with fellow rapper Vic Mensa who has been in Ghana for a while. “We are here,” Chance was heard saying in the video. Rapper Vic Mensa also tagged them Ghana boys.

Unlike his other African Americans from the diaspora, including singer Ari Lennox and Vic Mensa, who came to experience ‘Detty December’ in Ghana, Chance The Rapper arrived after ringing in the New Year in the US.

In a related development, Vic Mensa is also currently working on a new collaboration with sensational singer Darko Vibes following the enormous success of Kwesi Arthur’s ‘Winning’ which he featured on.

The two were also spotted in a viral video working on the new joint project.