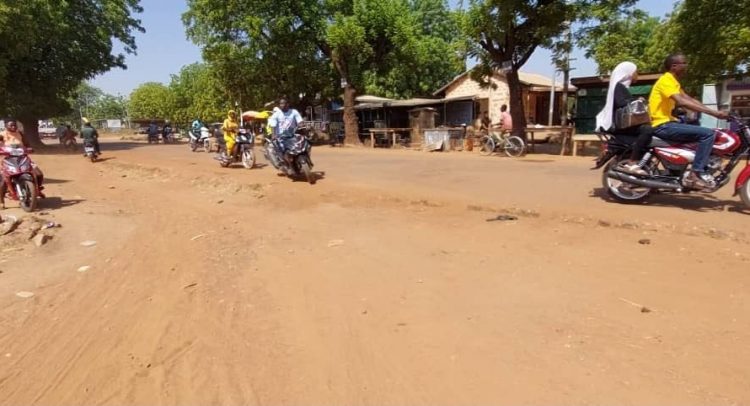 The lingering restiveness in Bawku in the Upper East Region is doubtlessly a complex issue but certainly one that can be addressed.

It is important that an effective template is found to deal with it once and for all. This might be difficult but there should be a way out.

The cost of maintaining the security presence in this important trading centre is high and of course a drain on the state’s kitty as it is with other conflict zones in the country.

We are compelled to ask that the President applies his Dagbon magic in this troubled town so that peace will be restored. He did in Dagbon at a time when many skeptics doubted that he was going to succeed. He did and we all clapped for him.

There should be a closure to the troubles in Bawku which arguable remains the most restive part of the country today. Gun violence which is fast becoming a feature of this ancient town should not be allowed.

The situation where many young persons want to own firearms at all cost should cease being a feature of Bawku.

We are sickened by the now constant negative reportage about violence and fatalities in a town whose people are respectable and do not deserve this fate.

Such bouts of violence one of which occurred a few days ago are heartbreaking.

When abnormality of people baying for the blood of their neighbours with whom they have lived from childhood becomes a normality, there is the need for something to be done. Watching as the town, an important part of Ghana, inches towards the precipice is not an option to be countenanced.

We think that others, especially those who hail from Bawku, can also proffer advice to the state about the way forward.

A few days ago the Upper East Regional Security Council after a serious examination of the deteriorating state of security in the town announced fresh measures to address the anomaly. These are necessary restriction of freedoms of the people.

A town which is close to unstable Burkina Faso a country on red alert for bandits would be a conduit for gunrunning the implications of this being palpable.

It is appropriate that the town remains on the radar of the National Security Council for as long the situation remains unstable. Losing our guard in such a volatile location would be too costly to our security as a nation.

The role of intelligence in the town cannot be overemphasized considering the eagerness of bad elements to perpetuate crime in order to maintain the status quo of violence.

A permanent solution which has the potential to put paid to the insecurity in Bawku is the best option.

To the traditional authorities in the town, the youth and others related to the ongoing conflict, there is no alternative to peace because without this attribute development will be stalled. Let them compromise and find common grounds for peace to return to a town whose people are noted for their spirit of entrepreunership and hardwork.