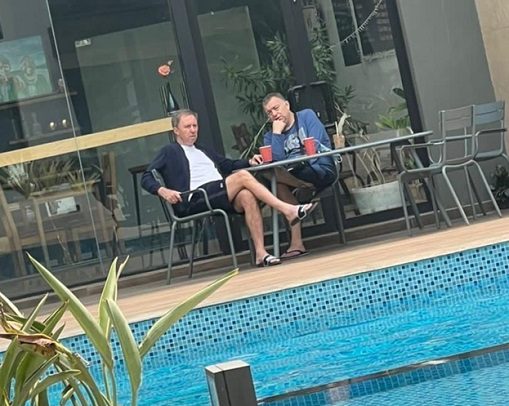 This follows an order from the country’s sports governing body, Ministry of Youth and Sports to the GFA at an emergency meeting last Friday.

The Serbian trainer’s sacking has been as a result of Ghana’s poor showing in the ongoing Africa Cup of Nations in Cameroon; exiting prematurely at the preliminary stage with just a point in a group that housed Morocco, Gabon and Comoros.

The Serbian supervised the Black Stars poorest campaign in the history of the AFCON.

Ghana lost their first game to Morocco in Group C and later drew 1-1 with Gabon in the second game.

An opportunity presented itself to the Stars to progress when they faced tournament debutants Comoros but they failed woefully, losing 2-3 in Garoua.

The Cameroon debacle stirred the Sports Ministry to call for an emergency meeting between the Ministry and the FA.

At the meeting, the Ministry directed the GFA to reconstitute the Management Committee of the Black Stars and review the technical team.

However, in less than 24 hours after the crisis meeting, it emerged that the FA is on the verge of asking the expatriate coach to lay down his tools.

VIDEO: Soldier, 4 Others Arrested For Armed Robbery In Tamale