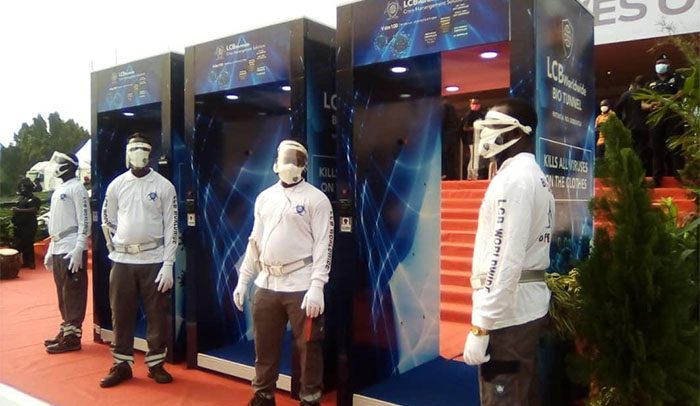 The Ghana Medical Association (GMA) has called on the government to restrict the number of persons attending the funeral of the late president, Jerry John Rawlings.

The Association in a statement issued on Monday, January 25, rather encouraged people to follow the funeral proceedings on television and other social media platforms.

“Government should restrict the number of persons attending the state funeral for the late H.E. Flt. Lt. Jerry John Rawlings and rather encourage people to follow proceedings on television and other social media platforms,” the GMA said.

It also added “Government should as a matter of urgency restrict social activities such as parties, church services, funerals, clubs and other social gatherings of such nature. The markets should be regulated and as much as possible restricted.”

The statement jointly signed by the GMA President, Dr Frank Ankobea and Dr Justice Yankson, its General Secretary follows the recent surge of Covid-19 infections in the country.

The final funeral rites for the late President started yesterday, with a requiem mass at the Adabraka Holy Spirit Cathedral which was attended by President Nana Akufo-Addo and his Wife, Rebecca Akufo-Addo, the Vice President, Dr, Mahamudu Bawumia and his wife as well as top officials of the National Democratic Congress (NDC) and government agencies.

The body of the first president of Ghana’s 4th Republic is currently lying-in-state at the Accra International Conference Centre to allow dignitaries and other heads of state to file past.

Several activities will be held before his burial on Wednesday, January 27, 2021.