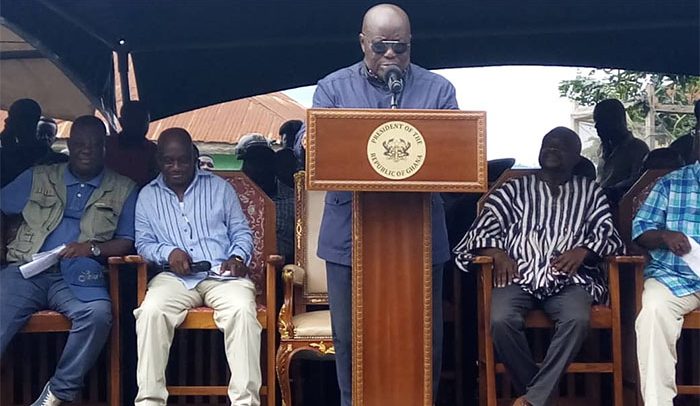 Government is expected to construct 5.2 kilometres road in the Kumawu town of the Ashanti Region.

The construction process is to cost the state an amount of GH¢12.2 million.

The Minister of Roads and Highways, Kwasi Amoako-Atta, who made this known yesterday at Kumawu said by June 2020, the roads would be completed.

The Omanhene thanked the President for appointing some indigenes of Kumawu into key positions in government and also lauded him for rolling out several social intervention projects such as Free SHS, One District One Factory and Planting for Food and Jobs.

President Akufo-Addo assured the chief that the three factories expected to be built in the area would be completed.

After a brief remark, the President handed over the podium to the ministers of health, education and roads to respond to some concerns raised by the chief.

They all took turns to outline the various projects in their respective ministries and also gave an assurance that the government would do everything possible to make Ghanaians have better lives.

¢1.6bn Arrives At Ministry of Roads; ‘Go For Your Money Now’ – Gabby Otchere-Darko To Contractors