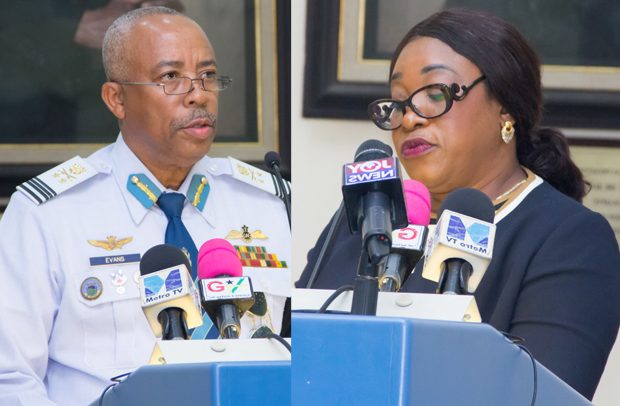 The symposium, which was held under the theme: ‘Celebrating Kofi Annan: A World Class Statesman’, celebrated the works and legacies of the international diplomat and their impact on the world.

In attendance were the Commandant of KAIPTC, Air Vice-Marshal Griffiths S. Evans, Minister of Foreign Affairs and Regional Integration, Shirley Ayorkor Botchwey, and former Director for African Affairs at the Executive Office of the UN Secretary General, Ambassador Patrick Hayford, among several other dignitaries.

In his address, Air Vice-Marshal Griffith described the late Kofi Annan as one of Ghana’s brightest stars who advocated for the rule of law, adding that “he was a global statesman.”

Ambassador Patrick Hayford revealed that the late Mr. Annan had a genuine empathic nature which made him more caring and a listener without discrimination to anyone but with respect and was consistently firm with his decisions.

He stressed that it was during the reign of the late Kofi Annan as UN Secretary General that the civil wars in Sierra Leone, Liberia and DR Congo were brought to an end, citing that he contributed to the overall development of the African continent.

In concluding his speech, Ambassador Hayford pointed out that the best way to honour Kofi Annan was to strive for the things he believed in such as feeding the poor, educating children, empowering women, among many others.

The UN Resident Coordinator, Christine Evans-Klock, who had her speech read on her behalf, expressed great respect and affection for the late Mr. Annan.

She disclosed that the late Kofi Annan had a legendary career, as he steadily moved up the ranks within the UN hierarchy.

Madam Evans-Klock stated that it was during his leadership that UN member states were convinced to set targets to enable them end poverty by measuring their progress and holding each member state accountable in meeting common goals.

The body of the late Mr. Annan is expected to arrive in the country today, after which a public filing past will be held the next day. The burial and final funeral rites will be held on Wednesday, September 12 in Accra.