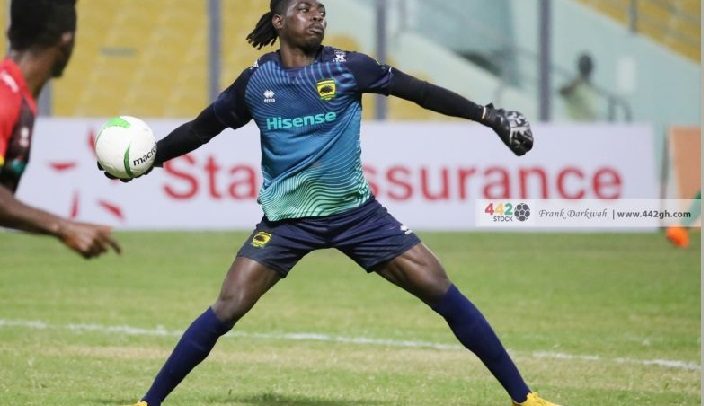 The Porcupine Warriors have reached an agreement with Sheriff and the goalkeeper will move to Sheriff this transfer window.

The Ghana national team goalkeeper will arrive in Tiraspol in the coming days to complete other details of his transfer after passing medical examination.

The 25-year-old is expected to pen a four to five years contract with Sheriff when everything about his move is concluded.

The former WAFA SC and Azam FC shot stopper has been integral to Kotoko since he joined them in October 2020 on a free transfer.

Abalora made 27 appearances in the Red shirt last season where he kept 13 clean sheets and conceded 18 goals in the process.

He played nine matches in the Ghana Premier League this campaign and has managed to keep five clean sheets and conceded six goals.

The highly-rated goalkeeper has four caps for the Black Stars since making his debut on October 12, 2020 in 5-1 win against Qatar in an international friendly.

Abalora will be team mates to Ghanaian compatriots Edmund Addo and Abdul Basit Khalid when he joins the Moldovan side.