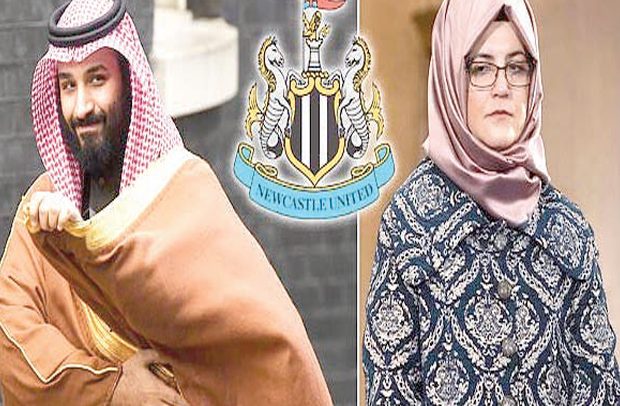 The fiancée of murdered journalist Jamal Khashoggi has written an open letter to Newcastle United fans asking them to consider if the club’s pending takeover is “the right way out of despair” for them and the city.

The Premier League club are on the brink of a controversial £300million takeover by a coalition backed by funds from the Saudi Public Investment Fund.

Several bodies have come forward to express their concerns over the prospective new ownership, including Amnesty International, with issues being raised over Saudi Arabia’s human rights record.

One such issue was the murder of Washington Post journalist Khashoggi, who was killed after he entered the Saudi consulate on October 2, 2018 to obtain paperwork for his wedding to his Turkish fiancée Hatice Cengiz.

And Cengiz has now written to Toon supporters to ask them to consider the ramifications of a Saudi-backed takeover.

“I write to you at a crucial time in the history of your famous football club,” she began.

“Crown Prince Mohammed bin Salman, the absolute ruler of Saudi Arabia, is aiming to take over your club by offering a huge sum of money.

“I know that many of you are tempted by his offer to get out of the dire situation that has crippled your club for so many years.

“But the Crown Prince is accused of ordering Jamal’s murder. All credible investigations have shown his responsibility. He has not been put on trial in his own country as he controls it with an iron fist.

“My plea to you is to think whether accepting Mohammed bin Salman’s offer is really the right way out of the despair for your club and City.”

Khashoggi, a Saudi insider-turned-critic, was strangled and his body cut into pieces by a 15-man Saudi squad inside the consulate, according to Turkish officials.

His remains have never been found.