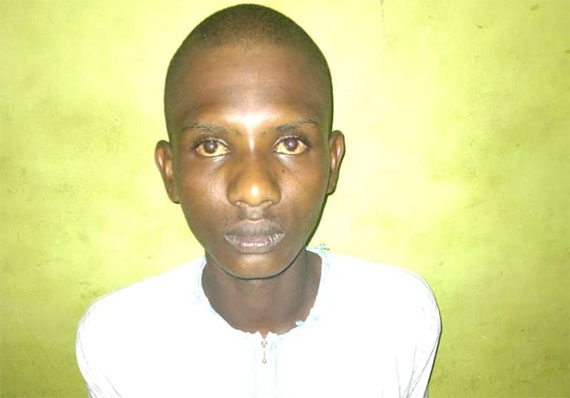 The Police in Juapong in the North Tongu District of the Volta Region have arrested a suspect believed to be linked to the murder of a popular store owner at the Juapong Market last year.

The suspect who has been identified as Gariba Bube, 19, is believed to have worked with two others still at large, to commit the alleged crime.

Samuel Nyamador popularly known as Sonny was robbed and killed on Tuesday, August 11, 2020.

He had been attacked by unidentified assailants under the cover of darkness after he had closed from work.

They robbed him of a bag containing an unspecified amount of money, phones and other personal effects.

He was then shot and strangled in front of his wife who was with him at the time. The wife was also hit in the arm with the butt of a gun.

This incident led to violence by the youth the following morning.

In the process the rampaging youth blocked the road and set car tires ablaze amidst chanting of war songs at about 7:30am, thereby causing a traffic jam before the police were able to restore calm.

After going into hiding for close to a year, one of the three suspects, Gariba Bube was arrested at Adaklu Waya in the Adaklu District of the Volta Region on June 23, by the police.

He was put before court and remanded into police custody to assist with investigations.

He will reappear in two weeks.

The Abongo Mayhem In Wa