The Abongo Mayhem In Wa 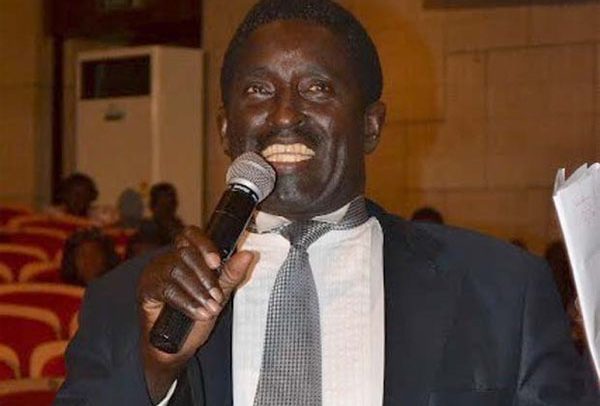 When news first broke out into the public domain about some Soldiers brutalising Civilians in Wa, I roundly dismissed the news as one of those acts of military excesses which will be dealt with routinely.

It reminded me of Odorkor traffic lights in Accra about two years ago when a soldier had his mobile phone snatched from him, and he went to organise his friends who came to stage a knock out operation that scattered all business at the traffic lights. But now, the Wa situation is different.

The incident took place on 1st July 2021. The very next day or so, the whole Army Chief of Staff Major General Oppong Peprah was airborne to Wa, to hold quick durbar with traditional leaders of the Wa township.

He assured Nananom that Military Discipline will not be sacrificed and, most surprisingly on Thursday 8th July 2021 Mr. Dominic Nitiwul, Defence Minister made a shocking statement to Parliament ON THE MAYHEM at Wa.

I say shocking because from the horse’s own mouth it was not an isolated incident of four or five soldiers being unruly, but hold your breath: 86 soldiers on a rampage!!!

What is more, military Discipline has been so swift that some of the culprits have been demoted, others transferred, and a whole officer due to appear before a “trial”.

This for me as a lawyer and a former soldier is incredible.

First of all, what most Civilians do not know is that all soldiers are subject to “Military law” – which includes the right to hold a soldier in detention up to 90 days without bail (don’t go to any military barracks to quote constitutional provision of 48 hours to them!!!) They have their own Court system called ‘Court Martial” and others. They have a very elaborate Legal Directorate headed by a Brigadier General, and reader, they live in their own world.

But even so, I think all the disciplinary measures announced by the Defence Minister are panic-driven over reactive decisions.

Are you saying within 7 days, a comprehensive investigation process took place, all rules observed, the right to defence Counsel, and the Legal Department examined the Reports and offered advice and final decisions taken by the Military High Command?

But what even baffles me most is that I thought this was a 5 man or even 10 man affair, but Defence Minister says 86 soldiers were involved!

I left the military about 40 years ago. Truly in my time there was no military presence in Wa. Today, with a whole University campus in Wa and the overspread municipality of the township, if, truly there is a resident mechanised battalion in Wa, I am not surprised.

But that means they must have a Commanding Officer whose rank is definitely either a major or a Lieutenant Colonel.

Are you telling me the Commanding Officer sat by arms akimbo and saw 86 soldiers move out of barracks into town to cause mayhem without orders, or without officers in Command?

I know that in war time, a Captain can be given command over a battalion of troops, but in peace time, Ghana, you are saying a Lieutenant was in Command of 86 soldiers? Or the Lieutenant just authorised 86 soldiers in uniform to leave barracks just like that? Or that as many as 86 soldiers left barracks into town without authority?

The number of soldiers involved in this Abongo mayhem is so much that I recommend a full blown board of inquiry under the presidency of a full colonel if not brigadier and I expect Court martial trials to discipline sleeping officers involved.

I recommend immediate overhaul of the command at this mechanised battalion where 86 soldiers can get out to chase justice for ONE missing mobile phone.

If a whole Major General and Army Commander can fly an aeroplane on one missing mobile phone fracas, then we should thank God that our nation is at peace, so much peace, except that 86 soldiers in acts of indiscipline is not a tribal matter.

But all told, my personal conclusion is that the military has over reacted in this mobile phone fracass.

Bandits Kill Over 200 People In Nigeria