President Directs Probe Into Auditor-General Petition Against Board Chair 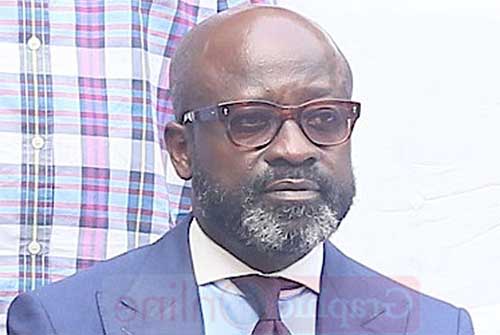 President Nana Akufo-Addo has instructed his Secretary to look into a petition by Auditor-General, Daniel Yao Domelevo, accusing his Board Chair, Prof. Edward Dua Agyeman of interference.

Nana Asante Bediatuo has also been tasked to report the outcome of discussions between the two public officials.

Daniel Domelevo has accused Prof. Dua Agyeman, a former Auditor-General between 2001 and 2009 during the administration of John Agyekum Kufuor, and the Governing Board, of unlawfully interfering in his work.

In a five-page petition dated July 27, 2018, sighted by Myjoyonline.com, the Auditor-General requested the President to intervene in the “unlawful interferences” by the Board Chairman and others whom he said, are clothing themselves with powers to direct and control him unconstitutionally.

Domelevo further threatened not obey “any unlawful instructions” from the Board, including existing and new decisions that he says are inconsistent with the Constitution.

The 10-point letter levelled several allegations against Prof. Dua Agyeman including “manipulating the procurement process”, “attempting to commission an audit”, “interfering with audit process” and “unlawful circulation of audit circulations”.

The President, therefore, wants his man Friday to do a detailed investigation and analysis of the petition and advice an action.

Myjoyonline.com has, however, learnt that more than a month after the petition was sent to the presidency, a meeting is yet to be convened on the matter.

Checks also suggest most of the Board members have been unavailable due to varied reasons, one of the reasons the meeting has not been held.

Daniel Yao Domelevo, 57, worked as a Senior Financial Management Specialist at the World Bank before he was appointed in December 2016 by President John Dramani Mahama.

He was tasked by the President then to specifically prevent corruption in the public sector.

“Of course, when it [corruption] happens, it is important for us to sanction whoever had undertaken that and so I hope that you will work with the government to ensure that we are able to bring probity and accountability into our public services, especially, and ensure that we minimise the misuse of government funds and property,” Mahama said at the swearing-in of Domelevo on December 30, just a week before leaving office.

Domelevo’s appointment generated controversy in the political circles since it was one of the last made by a President exiting office after he had lost the elections.

But he saw nothing wrong with the timing of his appointment.

“I don’t think there will be any problems. One of the things about the Auditor-General is his independence. And so if one administration should appoint you for you to work with another administration, it guarantees your independence better,” he said.