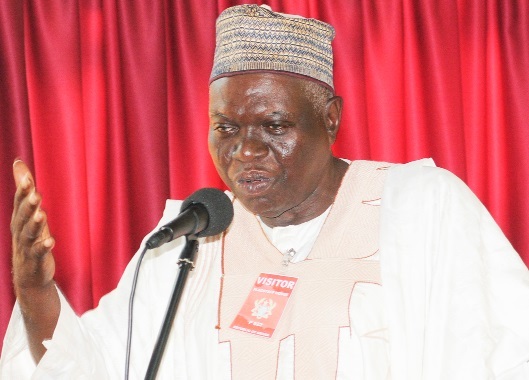 A short but significant session of tributes were held for him at the International Press Centre, where a suggestion was made by the Editor of the Catholic Standard, Ben Assorow, who chaired the function for the creation of a Journalists Hall of Fame in honour of the man he described as an outstanding journalist. He recalled that Razak El Alawa died on the World Press Freedom Day, having worked hard to ensure that press freedom prevailed in the country.

He charged the family of Razak El Alawa to have one of them join the inky fraternity and become a replacement of the iconic journalist.

The outgoing President of the GJA,AffailMonney, tasked the yet-to-be elected executives to consider establishing an award in memory of Razak El Alawa, a man he said was committed to the profession and its cause.

Ambassador KabralAmihere described the departed journalist as an inspirational figure and very humble. Continuing, he said that his three-time winning of the Journalist of the Year award defined his sense of duty.

“So humble was he that one could easily not notice the great journalist that he was when he appeared at a function,” Ambassador Kabral said about the departed Razak El Alawa.

Razak El Alawa’s colleague,AlhassanAbdulai, and juniors such as Ebo Quansah, took turns to pay tribute to a man they regard as fantastic and committed to the cause of journalism.

Members of the Yoruba community represented at the function, some of them AlhajiSidikuBuari, AlhajiMusah Baba, AlhajiBunyaminBrimah and others.

A book of condolence was opened for the late Razak El Alawa.

His family head announced the holding of an Islamic prayer for his soul in Kumasi Jubilee Park on June 12, 2021.