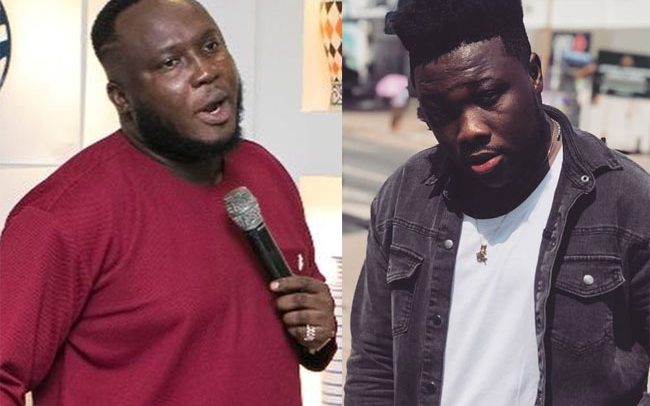 Chief Executive Officer (CEO) of Highly Spiritual Music, David Kojo Kyei, known popularly as Kaywa, has uttered his utmost displeasure with his signee Kurl Songz for publicly undermining the hard work and progress of the management concerning his career.

Kurl Songz, who made an appearance in an interview a few weeks ago, disclosed that although his management is not slowing him down in his career, in his honest opinion, he believes things could have sped up a little more and gone faster.

He further revealed that if he is to chance on another opening with a different label that would boost his career and make him more successful than he is now, he would definitely seize the opportunity and leave Highly Spiritual Music.

In a recent interview on Hitz FM, Kaywa registered his displeasure, stating that he has personally put in a lot of hard work towards the growth of Kurl Song’s career and, thus, feels let down by the remarks of the artiste against the brand.

“I worked hard for two months to get Kurl Songz his interview on Daybreak Hitz, so it was a bit disappointing to hear his comments on the label,” Kaywa indicated.

Under the Highly Spiritual Music label, Kurl Songz has released hit songs such as ‘Jennifer Lomotey’, ‘Trumpet’, amongst others, with the recent one being ‘Lobi’.

No One Is Perfect -Vicky Zugah Replies ‘Sugar Daddy' Critics