No One Is Perfect -Vicky Zugah Replies ‘Sugar Daddy’ Critics 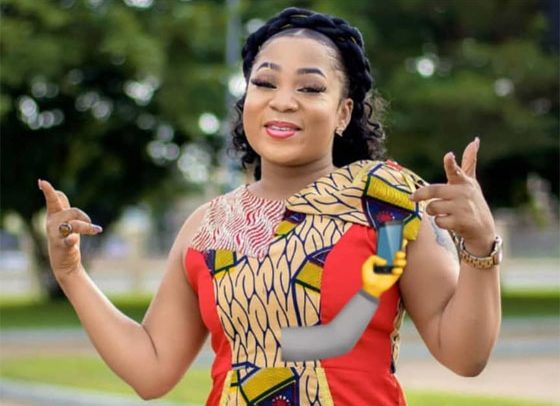 Actress Vicky Zugah has reacted to a recent statement by a prophet that she is still single because she is suffering from a curse invoked by a woman whose husband she dated previously.

Over the weekend, a video which went viral on most social media platforms captured the beautiful actress at a church service, which was being held by Prince Osei Kofi.

According to the prophet, she dated a certain man and who beat his wife in the presence of Vicky.

The prophet added due to the painful experience of the woman, she cursed Vicky to ensure that she does have any fruitful relationship in her life.

The prophecy was greeted with a lot of criticisms.

But she took to social media to defend herself, saying that she is not a perfect human being.