Let’s Not Get Physical – Majority Leader 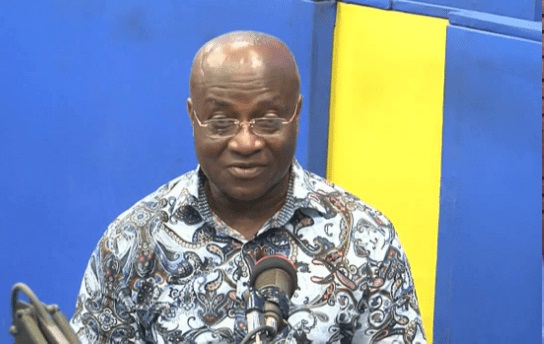 Majority Leader in Parliament, Osei Kyei-Mensah-Bonsu has said civil discourse and the use of brainpower is what is needed on the floor of Parliament, urging MPs not to open themselves “to the dark side of human impulses” by getting physical over disagreements.

According to him, the incivility that characterized the House at the end of the First Session of the Third Meeting last year has inflicted what he called mortal wounds on the nation, saying that Ghanaians are appalled about the trading of blows in the House.

Addressing Members of Parliament (MPs) at the first meeting of the second session of the House, Mr. Kyei-Mensah-described as shameful the exchange of blows on Monday, December 20, last year over a proposed electronic payment tax popularly known as the E-levy intended to boost revenue for development.

Parliament has been divided over the idea and fights broke out when the House considered a vote on the Electronic Transaction Bill, 2021.

“I must admit, just as the Minority Leader has admitted, that we didn’t end the First Session of the Third Meeting on a good note,” he said.

“I want to believe that the recess period has given ample time for us to reflect on the issues of the Third Meeting. Mr. Speaker, in the affairs of human kind, it is a society governing by norm, to reflect on one’s life secretly to improve on performance,” he added.

He continued, “We adjourned on rather acrimonious circumstances on December 20, 2021 after we had held 33 meetings within a nine-week period. Admittedly, the conduct of Members of Parliament on the days leading up to when we adjourned was inappropriate.”

“I think the better thing to do is to, once again, apologise to the good people of this country for the conduct that members put up in this House,” the Majority Leader said.

He added, “Mr. Speaker, I agree with the Minority Leader that this is a House of debate, and we debate from informed positions from the knowledge that you have acquired.”

“This is the space that we provide ourselves to engage ourselves in brain power and not the display of drones, and where we are heading towards as a parliament, Speaker, I believe it is shameful; it is embarrassing, I must admit,” he stressed.

“The last week Monday before this happened we had a delegation from Rwanda who had come to understudy what we have been doing in Ghana. What images would they be taken back home?” he quizzed.

For him, Ghana is recognised, at least in parliamentary democracy in Africa, as one of the leading lights, noting, “That is why we have been attracting delegations from Kenya, Tanzania, Zambia, Uganda, South Africa, and Sierra Leone.”

“In the previous meeting, we had three delegations coming from these countries and we put up such displays, what are they to report on when they go back home? It is a dent not only on the image of us as Members of Parliament or individuals, but also on the image of Ghana’s parliament which is headed by your good self, Mr. Speaker,” he insisted.

“To the extent that we are seen as the leading light of Africa, it inflicts a mortal wound on the image of Ghana because on the African continent Ghana is cited as the beacon of democracy. At one level, Ghana is held in high esteem as representing a star in Africa. So when these things happen, they inflict wounds on the image of Africa,” he said.

He indicated that it was important for MPs to do serious introspection on this incivility, saying “we should be standing up because in the lead up to reconvening, I have heard some members go on air to say that what happened previously was child’s play and that Parliament of Ghana is going to witness greater atrocities.”

“One person went out there to say that even if we have to kill people in this House we will kill people. Mr. Speaker, that is the most outrageous statement from somebody who calls himself a Member of Parliament,” he recounted.

The Minority Leader, Haruna Iddrisu said his side would support the Speaker’s effort to strengthen Parliament and deepen its values and democratic ethos to serve Ghanaians well, and “to responsibly, where necessary, support [the] government to work and improve the quality of life of the Ghanaian.”

“And Mr Speaker, to assure you whilst doing this and welcoming you, we will want demonstrable respect to principles and values of the 1992 Constitution and the Standing Orders of the House,” he added.

He also condemned the unruly conduct of MPs at their last meeting and said, “As you know, Parliament, the last time, adjourned in a manner the Ghanaian people were unhappy about our conduct even in an effort to explain that for us we were resisting the oppressor’s rule.”

“We were strictly requesting adherence to the letter and spirit of the 1992 Constitution and the Standing Orders of the Parliament of Ghana as to what a Speaker or a person presiding can do and cannot do,” he stated.