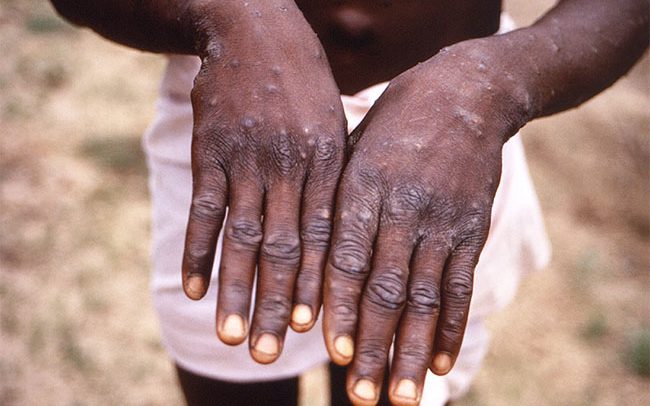 A military officer in the Ghana Armed Forces (GAF) has reportedly died of the Monkeypox disease at the Upper East Regional hospital.

The soldier succumbed to the disease a couple of days after reporting to the hospital, according to a report carried by A1 Radio, a radio station based in Bolgatanga.

The Upper East Regional Health Director, Dr. Emmanuel Kofi Dzotsi who confirmed that one person has died of the deadly disease explained that the victim reported at the hospital on Saturday July 23, 2022 and unfortunately died three days after.

“All that I can say is that yes, we have recorded one case and the person has died. I will not be able to give further information because we will brief the media in the coming days,” he said.

Dr. Dzotsi implored the public to be vigilant and careful as efforts are underway to educate all and sundry on how to safety measures in dealing with the virus.

First case of monkeypox was recorded in Ashanti Region and later five other regions were said to have also recorded similar cases.

Later, the Ghana Health Service mentioned that Monkeypox cases in the country have increased from 12 to 18.

According to the Director General of the Ghana Health Service, Dr. Patrick, 72 suspected cases were tested and 18 came out positive.

Addressing the media at a meet-the-press session, he said the infected persons are between the ages of 9 months and 41 years.

“We have had about 72 suspected cases and 18 so far have tested positive, and the last case was on the 14th of June. The age ranges between 9 months and 41 years, and we have found them in Greater Accra, Ashanti, Bono and Eastern regions. Nobody has died from Monkeypox yet,” Dr. Kumah Aboagye reportedly said at the time.

Ghana recorded its first five cases of Monkeypox disease on May 24, 2022.

Monkeypox symptoms often include fever and rash, but the infection is usually mild.

Monkeypox is caused by the monkeypox virus, a member of the same family of viruses as smallpox, although it is much less severe and experts say chances of infection are low.

It occurs mainly in remote parts of central and west African countries, near tropical rainforests.