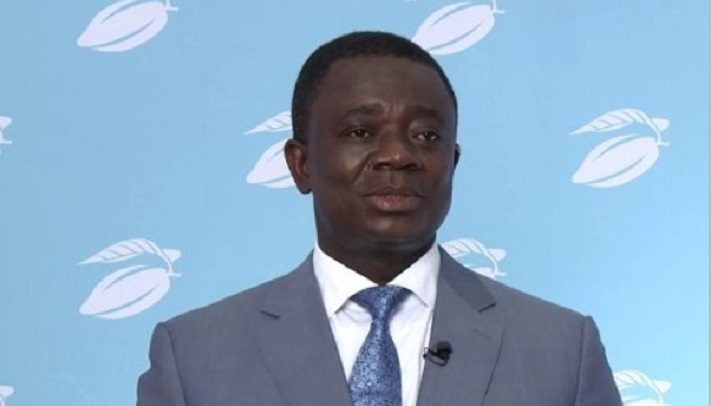 The former Chief Executive Officer of Ghana Cocoa Board (COCOBOD), Dr. Stephen Opuni, yesterday opened his defence in the trial in which he and Seidu Agongo as well as the private businessman’s company, Agricult Ghana Limited, have been accused of allegedly causing financial loss to the state to the tune of over GH¢217 million.

The case resumed after the Supreme Court in a 4:3 majority decision reversed its earlier decision and reinstated the trial judge, Justice Clemence Honyenuga, who is sitting as an additional High Court judge, to continue hearing the matter.

Justice Honyenuga was initially asked by the Supreme Court, in a 3:2 majority, to cease sitting on the case on grounds of bias as alleged by Dr. Opuni in a petition, but the Attorney General filed an application for review and got the ruling reversed.

Yesterday, when the case resumed, Dr. Opuni elected a former Director of Finance at COCOBOD, Charles Tetteh Kwao Dodoo, to testify on his behalf.

Before opening his defence, Dr. Opuni made an oral application through his lawyer, Samuel Codjoe, seeking an adjournment to await the decision of the Supreme Court on a writ they said they had filed regarding the trial judge’s ruling on a submission of no case.

Mr. Codjoe told the court that they had filed the writ invoking the original jurisdiction of the Apex Court seeking “orders including a perpetual injunction restraining this court from continuing with the hearing of this suit until all final findings of fact made against accused persons which presumed them guilty are expunged.”

The oral application was opposed by Evelyn Keelson, a Chief State Attorney who argued that there is no order staying the trial and the mere filing of a writ in the Supreme Court by Dr. Opuni is no reason why the trial court would be mandated to stay proceedings.

According to her, the writ itself is not seeking to set aside the order of the court for Dr. Opuni to open but “merely asking for portions of that decision to be expunged. In the unlikely event that those parts are even expunged the order for the first accused to open his defence would still operate.”

She added that if the court allows the writ filed at the Supreme Court to stay the trial, it would set the wrong precedent for all manner of applications to be filed by any of the accused persons just to stall proceedings before the court.

Justice Honyenuga then dismissed the oral application, saying that although Dr. Opuni had invoked the original jurisdiction of the Supreme Court, there is no order of stay of proceedings by the Supreme Court not to proceed with the continuation of the case.

Together, they are accused of causing a financial loss of over GH¢217 million to the state through the sale and purchase of the controversial Lithovit liquid fertiliser for cocoa, which the prosecution has insisted did not follow the testing standards.

Dr. Opuni after the dismissal of his lawyer’s application for an adjournment, opened his defence and called the first defence witness in the matter, as his lawyer told the court that “that there is no requirement as to how we call out witnesses when it comes to opening of defence of an accused person.”

The witness, Charles Tetteh Kwao Dodoo, a retired public servant, who was the Director of Finance at COCOBOD in his evidence told the court the procedures for procurement of fertilisers, pesticides and insecticides at COCOBOD.

Focusing his attention on the purchasing of fertilisers, he told the court that up to 2013/2014 year, Cocoa Pest and Disease Control (CODPEC) HI-TEC unit had provided relevant information as they dealt with the suppliers.

He said the procurement unit extracts the information and writes to the Public Procurement Authority (PPA) for approval, and when PPA grants approval, the procurement manager who serves as secretary to the Entity Tender Committee (ETC) will send the approvals from the PPA to the ETC for concurrent approval.

Asked about how he knew about this, he said as an audit manager at the Head Office reporting directly to the Director of Finance and then in January 2013 when he assumed the role of Deputy Director of Internal Audit, he did audits in procurement and, therefore, knows what happens there.

“When I assumed office as Director of Finance with the procurement unit directly under me, the Procurement Manager writes letters, I vet them, when ok I ask the manager to take them to the Chief Executive Officer for signature,” he added.

Mr. Codjoe, who led the witness in his evidence, then asked why the procurement unit will write to PPA seeking approval, and Mr. Dodoo answered that, “My little knowledge about the Public Procurement Act is that sole sourcing can only be done with approval from the PPA. A number of the fertilisers fall under proprietary right and so scientists from CODAPEC/HI-TEC unit when they indicate the fertiliser to be purchased, they will also indicate the specific company that sells specific items, and they will also give a price per unit.”