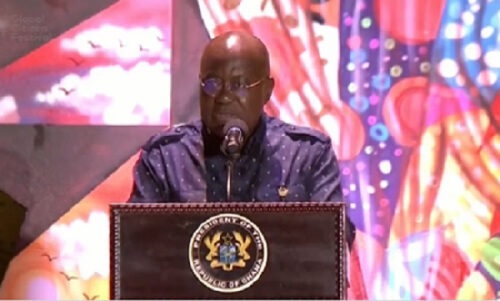 President Nana Addo Dankwa Akufo-Addo is rallying the youth to support the government in its quest to achieve the 17 Sustainable Development Goals (SDGs).

According to him, the role of the youth in championing, advocating and attaining the goals such as zero poverty, and quality education, cannot be over-emphasised.

Speaking at the Global Citizen Festival held in Accra, President Akufo-Addo wants the general public to embrace this responsibility for the betterment of all.

“We have a limited window of opportunity to act decisively to lift millions of people out of poverty, promote inclusiveness and equality and safeguard the health of our planet,” he said.

President Akufo-Addo also used the occasion to announce the launch of a $1 billion fund called the African Prosperity Fund in collaboration with the Southern African government.

“It will fund strategic and transformational projects on the continent in the areas of infrastructural development, financial access and participation of women and youth, education healthcare, technology ad sustainability so that we leave no one behind in Africa,” President Akufo-Addo mentioned.

The voices of millions of Global Citizens around the world are driving lasting change towards sustainability, equality, and humanity by taking action every day.

The Global Citizen Festival started as a music festival where fans take actions to end extreme poverty in order to earn free tickets to attend.

Bagbin Runs Away From GBA Resignation