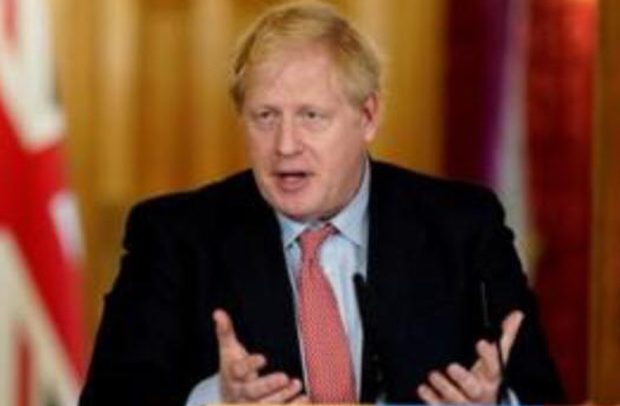 The asylum seekers who cross the Channel to the UK are reportedly given a one-way ticket to Rwanda under the new government plans.

Under the proposal, Rwanda would take responsibility for the people who made the more than 4,000-mile journey, put them through an asylum process, and at the end of that process, if they were successful, they would have long-term accommodation in Rwanda as the trial was restricted to mostly single men.

The asylum seekers would be housed in accommodation which is able to take about 100 people at a time and to process up to 500 a year.

A video sighted by DGN Online shows people in a flight with some people weeping perhaps they are not in agreement with the destination they are sending them.

Though the refugee organisations have criticised the plan as cruel by questioning its cost and impact and raised concerns about Rwanda’s human rights record, UK is determined to carry on with it plans.

According to Mr Johnson, the action was needed to stop “vile people smugglers” turning the ocean into a “watery graveyard”, with the plan designed to break their business model.

“Our compassion may be infinite but our capacity to help people is not,” he said. “We can’t ask the British taxpayer to write a blank cheque to cover the costs of anyone who might want to come and live here.”

Those who succeed in making it to the UK “will be taken not to hotels at vast public expense”, the prime minister said, and instead would be housed in detention centres.

Speaking in Kent, he said the new plan would “over time prove a very considerable deterrent”.

Labour leader, Sir Keir Starmer described the scheme as “unworkable” and “extortionate”, claiming it was an attempt to distract from Mr Johnson’s “partygate” fine.

The number of people who can be relocated will be “unlimited”, said Mr Johnson.

Rwanda will have the “capacity to resettle tens of thousands of people in the years ahead”, including those who have arrived “illegally” since the start of the year, he said.

“We cannot sustain a parallel illegal system,” said the prime minister. “Our compassion may be infinite, but our capacity to help people is not.”

Home Secretary Priti Patel, who travelled to Rwandan capital Kigali to sign the deal, said it was a “global first and it will change the way we collectively tackle illegal migration”.

She said the “vast majority” of those arriving in the UK “illegally” would be considered for relocation to Rwanda.

Recent research by Ipsos Mori suggested 60% of the public were dissatisfied with the government’s migration policy – more than half of which cited Channel crossings.

Speaking on the process, the Rwandan government said migrants would be “entitled to full protection under Rwandan law, equal access to employment, and enrolment in healthcare and social care services”.

The UK Home Office believes existing asylum law will be enough to implement the plan, but questions remain about the legality of the scheme.

Mr Johnson said the plan was “fully compliant” with international law, but acknowledged he expected it to be subject to challenge in the courts and from a “formidable army of politically-motivated lawyers”.