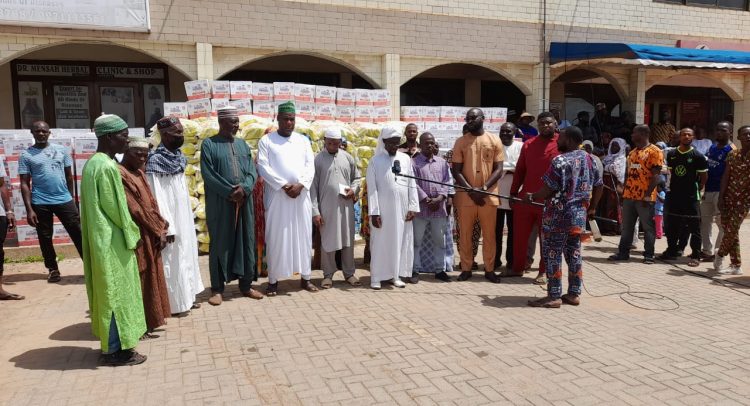 Member of Parliament (MP) for Assin Central, Kennedy Ohene Agyapong, has donated 1500 bags of rice and 3600 boxes of cooking oil to 30 Zongo Communities within Accra and Kasoa.

Some of the beneficiary communities include Fadama, Madina, Botwe, Mamobi, Kpone, Newtown, Ashaiman among other communities.

Kenneth Agyapong, son of Kennedy Agyapong who doubles as Director in charge of Net 2 Television said the donation was part of the MP‘s desire to assist Muslims at the end of their Ramadan each year.

He said the MP was committed to the welfare of Muslims and the poor in the country and always assisted then in his own way.

Adding that 40 bags of rice and 40 boxes of cooking oil will also be presented to the National Chief Imam to support the poor.

Sheikh Jabil Musah of Kasoa Iron City received the items on behalf of the beneficiary communities.

He said there are people like the honourable MP who are also supporting the poor in their own way.

“If God blesses you with riches use the blessings for the benefit of others like what honourable has done and God will continue to bless you.”

He offered a prayer of blessings to Allah to the MP for the good will.

Imams from the 30 Zongo Communities to benefit from the donation were also present to receive their items.

Bawumia Will Be Next President of Ghana - Annoh-Dompreh Hints