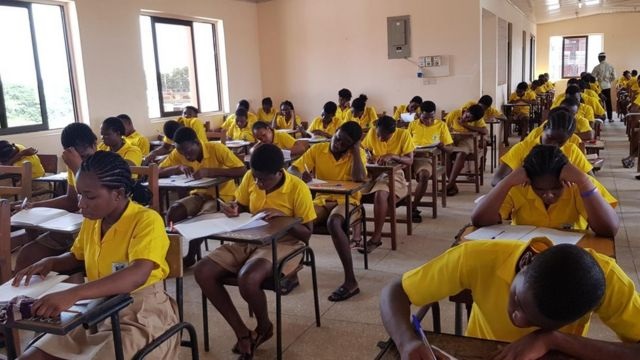 More than 50 per cent of students who sat for the West African Secondary School Certificate Examination (WASSCE) have passed.

This was contained in the provisional results of candidates released by the West African Examinations Council (WAEC).

A statement by the Council signed by Head of Public Affairs, Agnes Teye-Cudjoe said a total of 446,352 candidates, made up of 221,439, representing 49.6 per cent males and 224,913 representing 50.4 per cent females from 965 schools entered for the examination.

However, a total of 3,545, representing 0.79 per cent of the candidates who registered were absent from the examination.

It further noted that for Mathematics, 238,539 candidates representing 54.22 per cent got between A1to C6.

The provisional results indicate, as shown in the table above, that there were improvements in the performance of candidates at Grades Al to C6 in Integrated Science and Social Studies in 2021 as against 2020.

On the other hand, English Language and Mathematics (Core) recorded a decline in the performance of candidates at Grades Al to C6 in 2021 as compared to 2020.
Cancelled Results
A total number of 1,339 subject results and 174 entire results have been cancelled for various examination malpractices such as bringing foreign material including mobile phones into the examination hall, tearing off parts of question papers and collusion.

This follows the approval of the 31st Meeting of the Ghana Examinations
Committee held in October 2021.

Also the entire results of 3,667 candidates have been withheld pending the conclusion of investigations into various cases of examination malpractice detected during and after the conduct of the examination.

The scripts of candidates from 194 schools in certain subjects have also been withheld and are being scrutinised by the Council.

“The withheld results of candidates may be cancelled or released based on the outcome of the investigations,” the Council said.

The Council said it would make available login details to Heads of school to enable them print the statement of results of their candidates.

“Candidates are therefore advised to contact their Heads of school for their results,it added.

Meanwhile, the Council said it has hosted the results online and candidates who so desire, may access their results at the Council’s website or dial the short code *944#.

“The Council is cautioning all stakeholders especially candidates to be on the alert and not fall prey to the activities of scammers who promise to upgrade results for a fee.

Candidates are to note that all WAEC results are secured and can be authenticated,” it said.

It also urged institutions to always verify results presented to them to expose incidents of forgery.