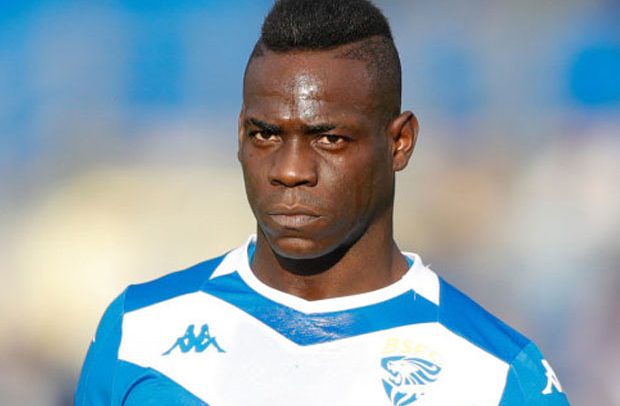 Mario Balotelli is heading towards the exit door at Brescia as his relationship with club president Massimo Cellino has reached breaking point.

The Italian striker only joined his hometown club last summer but it seems his latest indiscretion will result in both parties severing ties.

Balotelli missed 10 days of training and had a huge bust-up with Cellino, according to Gazzetta dello Sport.

The 30-year-old did eventually return to training but separately from manager Diego Lopez and the rest of his team-mates.

Balotelli reportedly earns £877,000 per year at the Serie A side and is contracted until 2022 but Cellino now regrets the lucrative offer made to the forward last year.

He has become frustrated by the distractions surrounding Balotelli and disappointed by his output of five goals in 19 games this season before play was suspended for coronavirus.

They have reached an agreement to conclude the season peacefully and part ways by mutual agreement in the summer.

It seems the relationship between Cellino and his star man is at an end and both are known for being combustable characters.

Balotelli’s career has been a rollercoaster and he’s played for seven different clubs in the past seven years.

Including the famous ‘Why Always Me’ T-shirt unveiled after scoring for Manchester City in the derby against United, Balotelli has become renowned for off-pitch antics almost as much as on-field performances.

Given his emotional connection to Brescia, it had been hoped that he’d finally find some consistency but that has not been the case.

His next stop could be in Brazil with Vasco da Gama, who are ready to make an offer for Balotelli to play in South America.