Government Grants Scholarship To The Daughter Of “Hero” Fire Officer 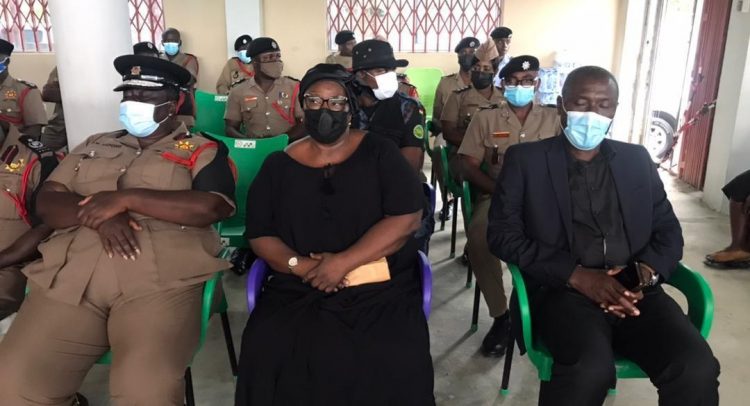 The Government has offered to sponsor the two-year-old

daughter of the Fire Officer who died after going to the rescue of three people who were trapped in a well at a house at Gomoa Obuasi.

ASO Joseph Baidoo with the Agona Swedru Fire Command, lost his life on Saturday October 2 after the rescue mission.
Deputy Minister for the Interior and Member of Parliament for Gomoa Central, Naana Eyiah announced the decision during the one-week celebration of the Officer at Swedru.

He left behind a wife, Joana Afinah, and a two year-old toddler.

Speaking to the media, DCFO Mawusi Sarpong, the Director in Charge of Welfare at the GNFS urged the Personnel not to be demoralised by the incident but to continue to save lives and protect property.