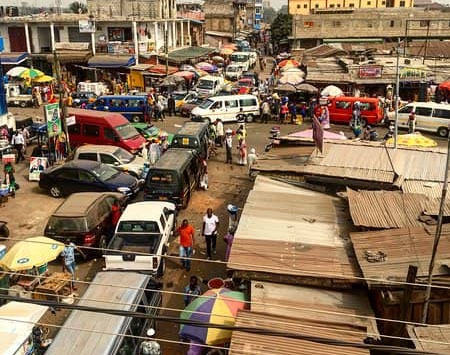 GOVERNMENT HAS signaled that it would transform Nima, one of Accra’s slum community into what it termed as world-class residential enclave.

Minister of Works and Housing, Samuel Atta Akyea made the announcement to the media on Tuesday at the Information Ministry’s Meet-The-Press engagement in Accra.

He says the redevelopment of Nima forms part of Government’s plans to upgrade slums in the country.

According to the Minister, “the growing incidence of slum development in Ghana has been the result of rural-urban migration, limited supply of land, and regulatory frameworks that are, at best, indifferent and hostile to the needs of the poor.”

He said “even though Nima and Maamobi routinely suffer from inadequate provisions of basic facilities such as, housing, water, electricity, and drainage systems, the communities continue to grow.”

He added that the President’s commitment to slum upgrading of Nima and Maamobi was stated forcefully in his message during the State of the Nation address delivered in Parliament on 20th February, 2019.

The transformation of approximately 1,039 acres of prime land, which Nima and Maamobi occupy, he disclosed would give meaning and beauty to the President’s vision of Inner City and Zongo Development.

To this end, he indicated, the Ministry of Works and Housing is “collaborating with the Ministries of Lands and Natural Resources, Inner City and Zongo Development, to make the aforesaid area a world-class residential enclave close to Jubilee House, the seat of Government without dislodging our good people who currently dwell in Nima and Maamobi.”