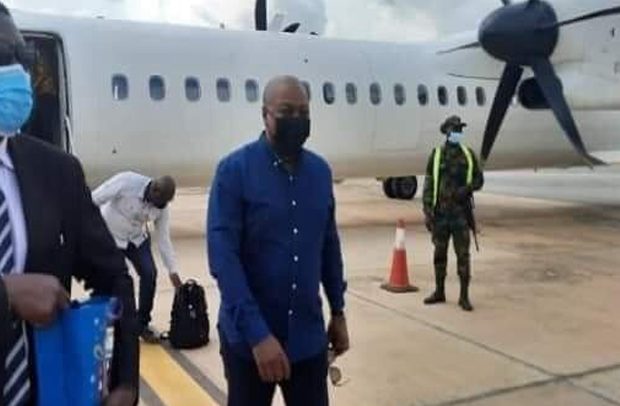 Passion Air, a domestic commercial airline, on Saturday made its first flight to the Ho Airport when it dropped former President John Mahama off for a retreat in the Volta Region.

The former President was in Ho to open a national retreat of the Party’s Communicators at the Volta Serene Hotel.

Mr Mahama and his entourage, including top Party officials, disembarked the chartered flight at 0937 hours.

The flight, with call sign Passion 500 and registration number 9G-DIA, departed with the former President at 1150 hours to Kumasi after he had opened the retreat.

The flight is among the few to call at the airport, which had been ready for some time but yet to see commercial use.

Africa World Airlines, a commercial airline, has expressed its readiness to fly the Ho route and recently undertook a test flight to the facility but is yet to begin commercial operations.

Meanwhile, enthusiasm over the airport’s opening is high among people who frequent the Region, particularly tourists, and there are some indications that commercial airlines would soon begin scheduled flights.