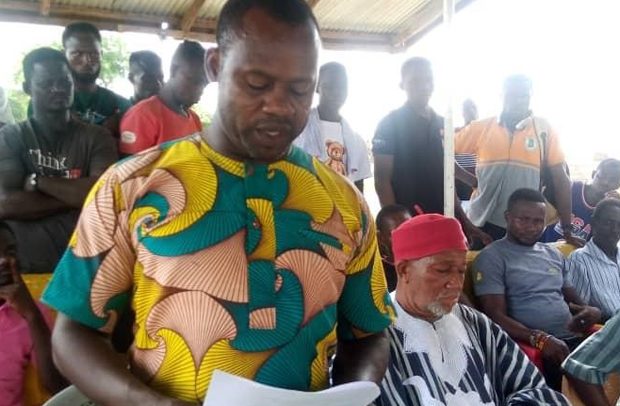 The Chief and people of Kandiga, a community in the Kassena-Nankana West District of the Upper East Region, said they are not participating in the 2021 Population and Housing Census (PHC).

They said the unanimous decision to boycott the exercise was due to irregularities in the demarcation and description of boundaries in the community.

Kandiga Area Council Chairman, Mathew Akakuzia, at a press conference on Sunday, said the irregularities centred on wrong naming of an enumeration area for two electoral areas in disregard to a court order.

He said Akurugu-Daboo has been named as the Enumeration Area for the Akunkongo-Abempingo and Atosale/Azaasi electoral areas, which was in contempt of a court judgment that approved and gazetted the two electoral areas as the rightful names for any national exercise.

Mr Akakuzia said Akurugu-Daboo, on the other hand, was the name of one family out of seven clans in the two electoral areas, hence it was illegal to use it as the enumeration area.

He said the Automated Fast Track High Court, Accra, on October 18, 2012, ruled to nullify the use of Akurugu-Daboo as the name of the area and the community’s lawyers formally wrote to the various stakeholders to draw their attention to the right name of the place.

Mr Akakuzia said the decision of institutions and departments, including the Ghana Statistical Service, to continue to use Akurugu-Daboo as the Enumeration Area was an infringement on the fundamental human rights and integrity of the people.

He said residents in the Bembiisi and Nabilingo electoral areas also had challenges but attempts to get the Regional Statistician and the District Census officer in Paga and other stakeholders to address them had proved futile.

“In these two electoral areas, some of the Kandiga houses and the Kassena Nankana East Health Centre are captured under Mirigu and Nabango making the affected inhabitants uncomfortable to participate in the enumeration exercise,” Mr Akakuzia said.

“For the records, we wish to inform you that the Akunkongo/Abempingo and the Atosale/Azaasi Electoral Areas, which were then referred to as Akurugu-Daboo Electoral Area was duly inaugurated as part of the Kandiga Area Council under the Kassena-Nankana District in 2003 until some people managed to carve it out to form part of the Kassena/Nankana Municipality for their own parochial interests.”

Mr Akakuzia called for the proper demarcation of the 10 electoral areas and placed as one census area under the Kandiga Traditional Area in the Kassena/Nankana West District since that was their ethnic group.

“Bearing in mind the likely consequences and quagmire the community will suffer after this whole exercise, we have unanimously decided to boycott the ongoing Population and Housing Census until our concerns are addressed,” he said.
“We pledge to cooperate fully with the Ghana Statistical Service to ensure a satisfactory and successful enumeration exercise in our community once our concerns are addressed.”