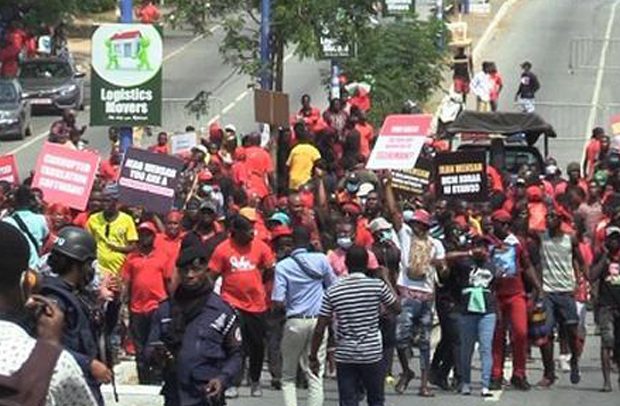 The Police say they are providing the necessary security for the safety of the planned demonstration by the youth of the National Democratic Congress (NDC) on Tuesday, July 6, in Accra.

In a message posted on its Facebook page, the Police said the decision followed a meeting the Inspector-General of Police, James Oppong-Boanuh, held with the organisers of the
planned demonstration, at the Police Headquarters in Accra on July 2.

It said all matters relating to the march were discussed and agreed, including the routes and COVID-19 protocols.

It would be recalled that the NDC in a letter to the Inspector-General of Police, dated Wednesday, June 30, and signed by George Opare Addo, it’s National Youth Organiser, declared the Party’s planned demonstration, dubbed: “A March for Justice Demonstration and Street Protest”.

“This is to notify you that the NDC through its Youth Wing will hold a demonstration and street protest dubbed, “A March for Justice” in Accra, on Tuesday, 6th July from 0800 hours in the
morning to mid-day,” the letter said.

The letter said that the protest was to demand justice for “all persons killed and brutalized by state-sponsored thuggery and/or adventurism by police and military forces”.

It said the planned protest was also to seek social justice for the unemployed youth.

The protest would follow these routes: “One chapter would start from Madina, the other from the Accra Business District, the third from Osu and the last from Lapaz.

“We will all meet at the Jubilee House to present a petition to the President of the Republic, to the Inspector-General of Police at the Police Head Office, and the Speaker of Parliament at Parliament Houses,” it stated.

“We are willing to meet with the Police for further discussions on the subject matter.”

The Police had earlier expressed their unwillingness to provide security for mass protestors in view of the threat such activities posed as COVID-19 super spreaders.