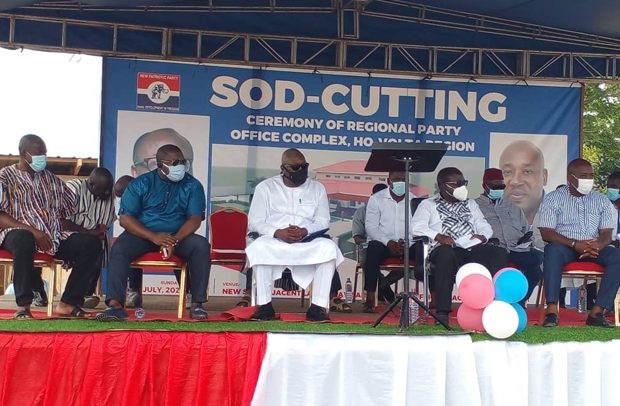 He said party politics was used to contest ideas in the people’s interest.

He said the vanquished political side should, therefore, demonstrate political maturity and desist from undermining the process through incessant propaganda.

He said President Akufo-Addo-Bawumia team was committed to delivering on their mandate.

Mr Blay said this when during the sod-cutting for the Volta Regional NPP Office Complex, laying of a foundation stone and signing of an agreement between the Party and the Contractor, Nyasmond Company Limited, in Ho. 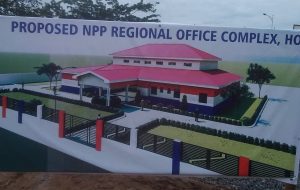 “Today we are witnessing some political parties abandoning their manifesto and struggling to fix-Ghana agitation, stating that the best way to fix the country is not by shouting from rooftops and on social media.”

He said Ghana would be fixed by developing proper policies that would win the aspirations and mandate of the people “ and that is what the NPP government is pursuing.”

“Let the edifice reflect the values of the NPP and be committed to accelerating development.”

He entreated party supporters to exhibit selflessness to deliver to the expectation of the people and detest the culture of enriching oneself, a recipe for disaster and remember to put Ghana first.

“Remember to work in the spirit of commitment of service to the region and nation as a whole.”

Mr Fred Oware, CEO of Bui Hydropower, who represented the Vice President Mahamudu Bawumia, said the Volta region was striving for its rightful place in the annals of the political dispensation, recounting that “gone were the days when even wearing of T-Shirt in the region was seen as a taboo.” 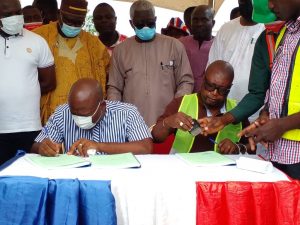 He paid glowing tribute to the party’s forebears in the region, including the late Tommy Amematekpor, a former Presidential Staffer, for laying a good foundation for the advancement of the NPP.

“It is important at this juncture for the old and new to come together for a guaranteed future,” he said and pledged GHC20,000 and 500 bags of cement on behalf of the Vice President.

Nana Henry Boakye, National Youth Organiser of the NPP, said the 2020 elections presented the best results for the party in the region since inception, which he attributed to the Executives in the region.

Regional Chairman of NPP, Makafui Woanyah, said his plan is to leave a decent legacy of a state-of-the-art Office Complex for the party, which had been in rented premises with its attendant distractions and frustrations.

He expressed gratitude to the late Amematekpor and the Glalah family for their tolerance and magnanimity during the hazy days.

He said the Complex, estimated at GHC1.6 Million would include IT and conference facilities, was expected to be built and operationalised by the close of the year.

The Regional Chairman announced that an ultra-modern auditorium would be delivered in addition to the Complex project next year.

Former Minister of Chieftaincy and Religious Affairs, Kofi Dzamesi, commended the Regional Chairman for initiating the Complex project and donated GHC 20,000 worth of cement to the project.

Party Executives and members from the region and outside participated in the event.