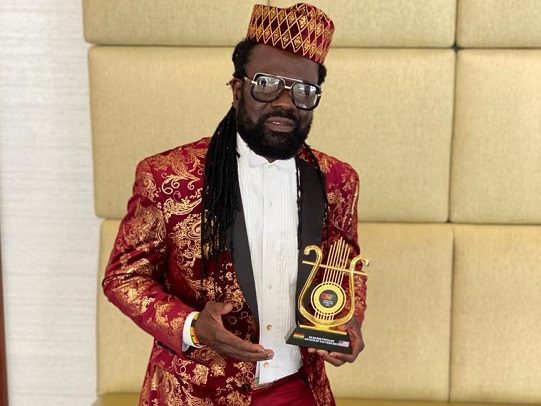 After releasing major hits that have enjoyed massive air play in Ghana and beyond, US-based Ghanaian musician Abdul Razak Nii Olokwei, known in the world music scene as Nee Oseye Ade, is set to release his latest extended play (EP) album this Saturday.

The EP album which has five songs which include Smile featuring King Jerry, Now A Days Girls featuring Nii Funny x Papa Tough Man, Ootse Ntsui featuring Spanky Beats among others, will be available on all digital platforms for streaming and downloading by fans after it is released.

Though he did not disclose the title of the album, he believes that the album would make an impact on both local and world music scenes and certainly boost his artistic image. It will also further establish him on the music scene as a consistent hit maker.

Credited with hit songs including Shake Am, Nee Oseye, who describes his music as traditional music, recently won the most popular US-based artiste of the year at this year’s edition of the annual Ghana Music Awards USA held in New Jersey.

To satisfy his fans, Nee Oseye and his management team have already recorded music videos which will be released very soon to promote the songs on the EP album.

Nee, who has worked with a number of popular Ghanaian musicians such Mustapha Tettey Addy (master drummer), Gasmilla, SK Original, Skrewface among others, asked his fans to expect more unique songs and something different from him in the coming months.

A versatile singer, songwriter and producer, Nee Oseye burst onto the scene over three decades ago, and has over the years served Ghanaian music fans with music pleasant to the ears.

According to him, he is working tirelessly to make sure that Ghanaian music wins international recognition.

He said Ghanaians should be encouraged to promote their creative industry, which holds the key to the development of the country’s creative economy, adding that there was the need for Ghanaians to attach great importance to their music.