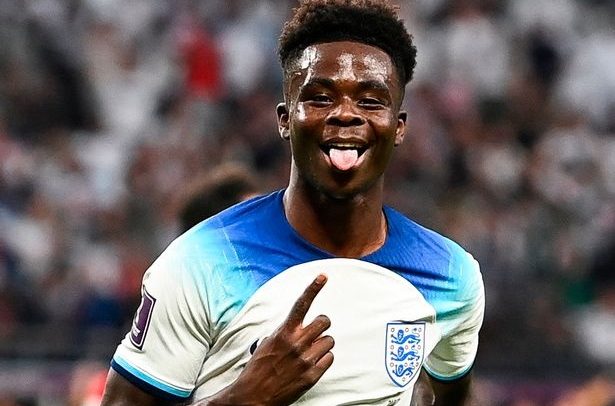 To the Okwawu United Board Chairman, Saka’s total reliance on God as the reason for his success in football should be enough motivation to footballers, particularly the younger folks.

The England attacker recently granted an interview ahead of one of their World Cup games in Qatar admitting that he has not departed from the daily reading of the Bible; a practice he started at a very tender age.

The Gunner said in a pre-match conference, “Yea, l continue to read my Bible here every evening, for me it is very important to have the presence of God.

“It gives me confidence and you know God’s plan is perfect and go on the pitch that God has my back.

“The main thing for me is keeping my faith in God and not to be nervous about the outcome because this is my first World Cup.”

The Asamoah Gyan manager cautioned young players to remain dedicated to their career and shun long hours on social media.

“Saka’s story should serve as a motivation to us all, especially to the young footballers. If at his level he recognises the God factor as the reason for his rise then, no young player should have the excuse to waste hours on social media. Young players should take a cue from Saka’s inspiring story, they have no reason to fail.”