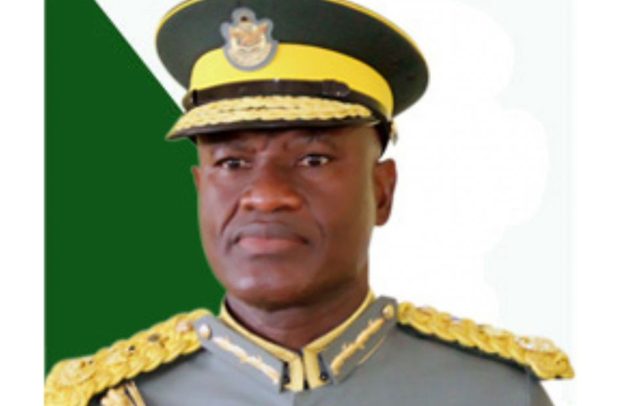 The officers, who underwent a six-week training in immigration laws and practices and other areas of law, are expected to boost prosecution for immigration-related offences through the newly created Prosecution Unit of the Service.

This, the CGI said, will solve jurisdiction problems and human rights issues that befall current practices in immigration prosecution. The CGI said that the new prosecutors will be posted across the regions for swifter prosecution of offenders, in the bid to discourage immigration crimes and improve national security.

The CGI thanked the Ghana Police Service for their continuous collaboration with the Service, earlier in helping prosecute some Immigration offences, and now in training prosecutors for the Service. “We share common interests in ensuring internal security for all persons resident in Ghana,” the Immigration boss said.

The CGI also appreciated the Denmark Embassy for their support through the International Centre for Migration Policy Development (ICMPD) and Strengthening Border and Migration Management in Ghana (SMMIG) for the training course.

On his part, the Danish Ambassador, Tom Norring, congratulated graduands for their hard work over the six weeks training period. The Danish Ambassador noted that migration is very beneficial for individuals and nations if it is well-regulated. Conversely, Mr. Norring said migration poses high risk to individuals, receiving nations and sending nations if it is not legal and regulated; the reason his government proudly supported the initiative.

The Danish Ambassador reiterated his outfit’s commitment to further support in building capacity of officers of the GIS.

Project Manager for SMMIG was also grateful to the Government of Denmark for supporting one of the strategic objectives of the project to strengthen the legal directorate. According to her, the training was a first step considering that the Service had limited number of prosecutors. She entreated that the trained officers are posted to the right places where their knowledge and work is required.

Director-General for Criminal Investigations Department, Commissioner of Police (COP) Mr. Isaac Ken Yeboah, entreated graduands to exhibit high sense of professionalism, confidence and knowledge in laws to aid their work. He encouraged them to continue learning as that is the only way to sustained success, reaffirming that, “the Detective Training Academy and the CID Administration is ready and committed to facilitate capacity building in prosecution and other areas of criminal investigations.”

On his part, commandant of the Training Academy, Assistant Commissioner of Police (ACP) Dr. Baba Iddrisu said the officers should maintain their network and continue sharing ideas in order to be effective and efficient in their new roles.

Without Adequate Social Protection, Economic Growth Would Be Hindered