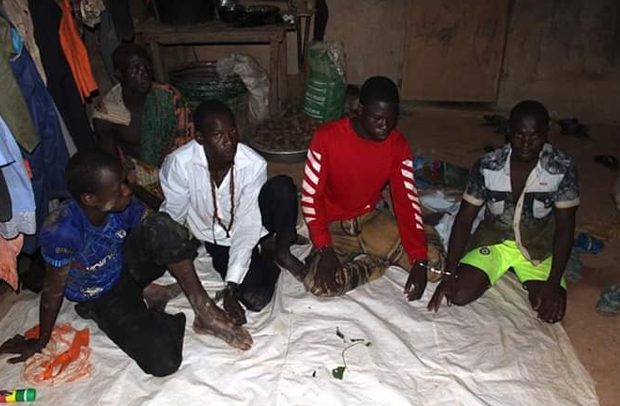 The Operation Vanguard, in collaboration with the police, has arrested 39 suspected illegal miners in the Atiwa West District of the Eastern Region.

The suspected illegal miners, including 33 Ghanaians, are currently in the custody of the Anyinam, Osino and Kwaabeng District Police.

Six other suspects believed to be nationals of Niger are also in the custody of the Inter-Ministerial Committee against Illegal Mining (IMCIM).

During a swoop, the team managed to seize three Minelab Gold detecting machines from the suspects.

The arrests were made in two separate locations within the general area of Sankubenase within the Atiwa Forest.

According to sources, the Joint Task Force (JTF) of military and police personnel have been educating the public to look out for suspicious activities in the forest and it paid off when somebody gave them a tip-off, which led to their arrests.

From Galamsey To Rosewood