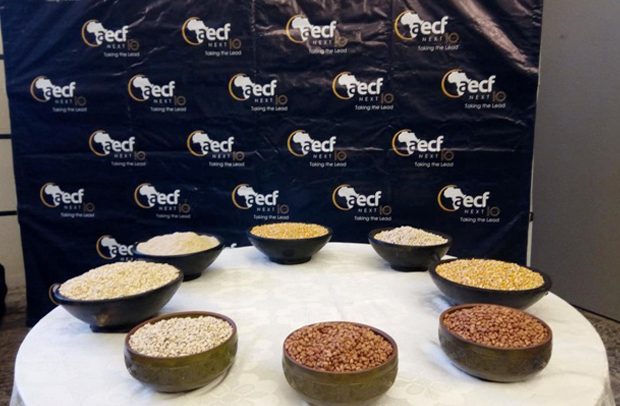 Some seeds on display at the launch

A $60 million high-yielding and climate-smart seed and planting material technologies initiative has been launched for farmers across 12 West African countries.

The initiative dubbed: “Seeds for Impact West Africa” is a collaborative effort between Africa-based fund for agriculture and finance, Africa Enterprise Challenge Fund (AECF), Alliance for a Green Revolution in Africa (AGRA) and Syngenta Foundation for Sustainable Agriculture (SFSA).

Launched on Tuesday, November 27, 2018 at the Labadi Beach Hotel in Accra, the project would target private sector companies in the 12 countries, including Nigeria, Ghana, Mali, Senegal, Burkina Faso.

The initiative seeks to substantially increase the incomes of thousands of smallholder farmers in sub-Saharan Africa by transferring in-demand, high-yielding and climate-smart seed and planting material technologies to them.

It’s a six-year programme with initial funding of $10 million from Alliance for a Green Revolution in Africa and Syngenta Foundation for Sustainable Agriculture.

According to Director for Investment and Portfolio Management at AECF, Sewu Steve Tania, it seeks to reach out to 600,000 smallholder farmers across 12 countries.

He stated that the project would also try to get the targeted farmers to reach out to about three million people over the six-year period.

AECF, which has been in operation for 10 years, is headquartered in Nairobi, Kenya.