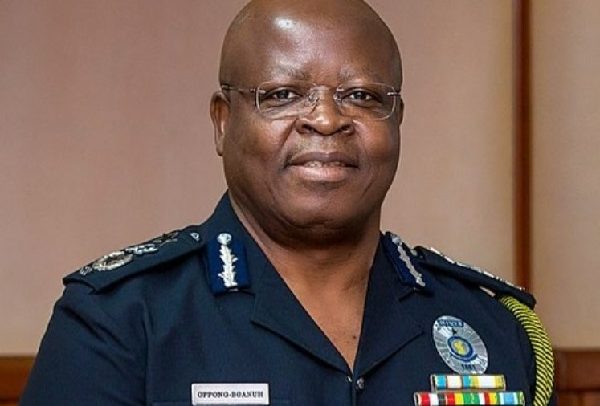 The Inspector General of Police (IGP), James Oppong-Boanuh, who made the disclosure yesterday during a press conference at the Police Headquarters in Accra, said the election duty personnel would be drawn from the Ghana Police Service (GPS), Armed Forces, Prisons Service, Fire Service and the Custom Division of the Ghana Revenue Authority.

He said all personnel deployed would be in their regular uniforms with the exception of officers from the Criminal Investigation Department of the GPS and the Bureau of National Investigation (BNI) who would remain invisible.

Mr. Oppong-Boanuh said the personnel would be tasked with routine police functions of crime prevention, protection of lives and property and the apprehension of offenders. They will also be responsible for generally maintaining law and order so that people can go about their lawful activities in a safe and secured environment.

“We will adopt a four-tier approach of static duties of policing the ballot at all the 33,367 polling stations and 275 collation centres; the Ghana Armed Forces will join operational units of the GPS, fully armed to execute the patrol rapid response and standby duties while static duties are performed by the police and the four security agencies,” he said.

Adding, he said for identification purposes, a special armlet would be worn by the officers, deployed for election duties on Election Day.

The IGP, who doubles as the Chairman of the National Election Security Task Force, said personnel of the BNI would continue with their usual duties of complimenting intelligence efforts to deal with general incidents of crimes, vigilantism or terrorism that could spring up before, during and after the elections.

He maintained that these arrangements would help them arrest any person or group of persons who attempted to obstruct the election process, intimidate or harass people or do anything to disturb the peace, security and stability of the country.

He continued that the police was approaching all polling stations as potential flashpoints.

Mr. Oppong-Boanuh revealed that they had identified a total of 6,178 flashpoints nationwide.

The flashpoints, he maintained, were determined based on a number of factors including incidents recorded in previous elections, this year’s voters’ registration exercise and high crime rates as well as other factors.

Mr. Oppong-Boanuh said on Election Day and the period before the declaration of results by the Electoral Commission, joint operations centres (JOCs) would be set up at the national, regional and district levels. These will have monitoring teams charged with the clarification of issues.

“Media practitioners, commentators and bloggers are expected to verify and validate information from such channels before disseminating them. This is to avoid unnecessary tension from misinformation, false or fake news,” he said.

He said the police had a commitment to preventing crimes from happening, but where they happened, the police would arrest offenders, investigate to gather the necessary evidence and get them prosecuted successfully.

I’ve Never Been A Member Of NDC - Independent PC