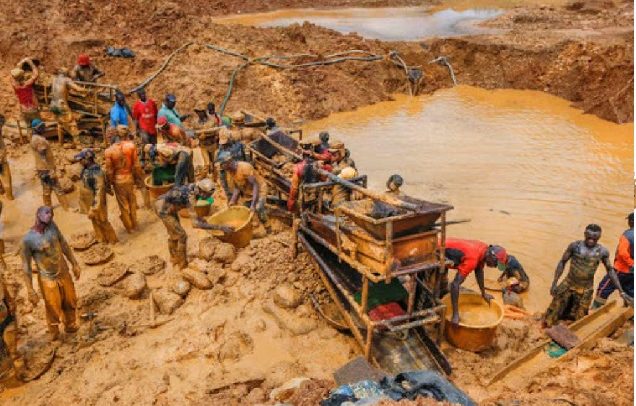 Seven out of the ten persons who lost their lives after a mining pit collapsed on Wednesday evening, at Wassa Esikuma near Wassa Nkran in the Prestea Huni Valley Municipality of the Western Region, have been identified.

However, three other bodies retrieved were yet to be identified.

Nine dead bodies were initially retrieved but later, another body was brought out, bringing the death toll to 10.

DSP Olivia Ewurabena Adiku, Head of the Public Affairs Unit of the Western Regional Police Command said the police at Aboso, near Prestea had information that a galamsey pit collapsed at Wassa Esikuma and about 10 illegal miners were trapped to death.

She said a team of security officers led by the Divisional Commander, Chief Supt George Kumah went to the scene.

At the scene, one of the galamseyers, Kwabena Atuo, 35, was met injured and was rushed to the Wassa Esikuma Health Centre where he is currently responding to treatment.

She added that all bodies have been deposited at Tarkwa Municipal Hospital morgue for preservation and autopsy.

Initial report was that the pit was an illegal mining, popularly called ‘galamsey’ pit.

However, a survivor of the incident insisted that the pit was one of the government’s Community Mining pits.

According to one of the survivors, Emmanuel Ogbamey Essien, popularly called “Ataa Adwoa”, their activities were not destroying water bodies or any forest reserve.

He said the incident was unfortunate because, the pit was recently shaped with an excavator when it was realised that the pit was becoming weaker.

“The area was given to us by the government and we have five pits with about 500 workers so we run a shift system where 20 people will go into a pit for about two hours after which another 20 will also go in,” he said.

He indicated that at a point, the pit was becoming weaker, probably due to the recent heavy rains, so they hired an excavator to reshape it.

He said because of the European Champions League football match, most of the workers were glued to their television sets so few of them went to work at the site.

“But immediately after the Manchester City versus PSG match at about 8:45pm, most of the workers including myself, rushed to the site to work,” he noted.

He said they were 15 in the pit, and as they were working he became thirsty so he decided to come out to find some water to drink.

Ataa Adwoa narrated that “Immediately I came out I heard a big bang and when I looked back I realised the pit had caved in and heard some of my colleagues down there shouting for help.

“Together with some other guys and good Samaritans, we managed to bring out five of the victims leaving nine others still trapped in the pit.

“So a report was made to the police who came to the scene and an excavator was also brought which helped to retrieve six of the bodies. So nine people died and six bodies have been retrieved.  Five are also in critical condition,” he disclosed.