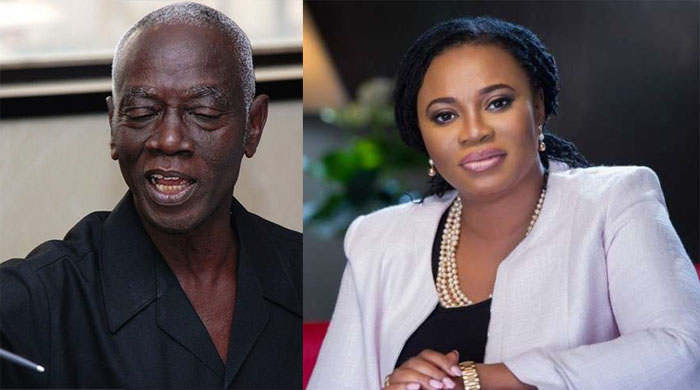 The Executive Director of the Institute for Democratic Governance (IDEG) has said the crisis that rocked Ghana’s Electoral Commission goes beyond the 2016 election happenings.

Dr Emmanuel Akweteysays the public disagreements that saw the former EC Chair, Charlotte Osei and her two deputies removed from office could be traced to the manner in which the transition from Afari Gyan to Charlotte Osei was handled.

The governance expert explained that “the leadership transition was not handled well” and that led to the fallout the country witnessed among the new leaders of the election governing body at the time.

Speaking to Joy News’ Kojo Yankson, Dr Akwetey explained that transition was so vital that Afari Gyan’s successor should have had experience working with him.

He added that without questioning the competence of the sacked leaders, the leadership crisis that arose among them could have been avoided if the transition from Afari Gyan to Charlotte Osei was handled properly.

“…the transition if it was handled differently, they would have known themselves and sorted out a number of issues and understood the spirit and soul of the institution, the people and issues…It’s the collective leadership that was fractured,” he said.

He also added that the new EC boss, Jean Mensa and her deputies must spend some time to rebuild those fractured relationships at the commission in order to move forward smoothly to avoid a repeat of what happened.

Dr Akwetey’s comments were in reaction to the removal of Charlotte Osei as EC Chairperson barely three years after her appointment.

President Nana Akufo-Addo was bound by law to sack her and her two deputies after recommendations to that effect were made. A judicial committee established under Article 146 of the 1992 Constitution made the recommendations.

The opposition National Democratic Congress (NDC) has, however, accused the government of masterminding Charlotte Osei’s removal.

President Akufo-Addo has since appointed former boss of the Institute of Economic Affairs (IEA), Jean Mensa as EC Chairperson with former Head of Political Science Department of the University of Ghana, Dr Bossman Asare and Director of Electoral Services, Mr Samuel Tettey as her deputies.

$2bn Deal: Sinohydro'll Only Be Paid After Infrastructure Dev't – Bawumia